All Collections
Getting started
Introduction to Holaspirit
Your Role-based Organization

How is my organization structured in Holaspirit?

A role based organization chart

Unlike role-based organization, where decision-making is distributed throughout a set of self-organizing teams. These teams operate on their own individually but also as part of the bigger whole and work together to achieve the organization's purpose.

The work is no longer divided between people but between roles with inspiring purpose and clear accountabilities so that every member of the organization has a clear picture about who is responsible for what and who has the authority to decide.

Organizing as such hands people autonomy over work and empowers them to collectively shape the organization. The basic goal with this role-based structure is to allow for distributed decision making while giving everyone the opportunity to work on what they do best.

The home page Chart gives you a new structure of your organization based on roles and circles. Your organization displays more or less circles and roles depending on its complexity. 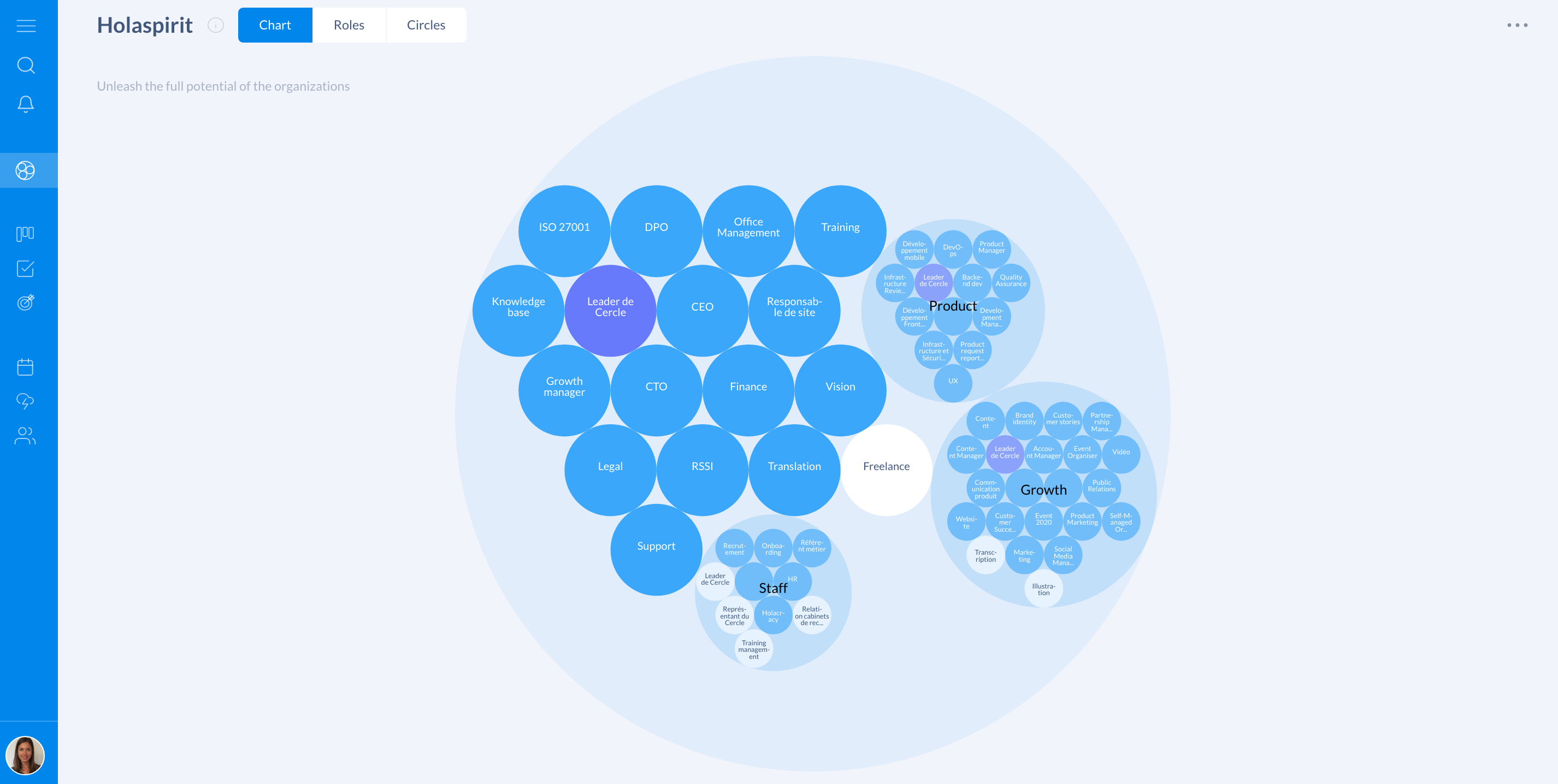 Note: the size of the circle depends on the role's position in the hierarchy and the number of roles it contains.

Navigate in your organization

Quick tip: You can easily get your bearings with at the left-bottom of the screen! 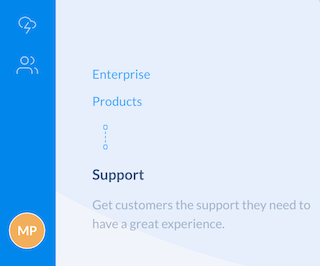