All Collections
Managing roles and circles
Learn the basics
Introduction To: Circles

What circles are and how they function in Holaspirit

Circles are one of the many features of Holaspirit. The details of how they work may vary from one organization to the next based on how each unique organization structures and operates, but we will describe below how they are traditionally utilized by most of our users. 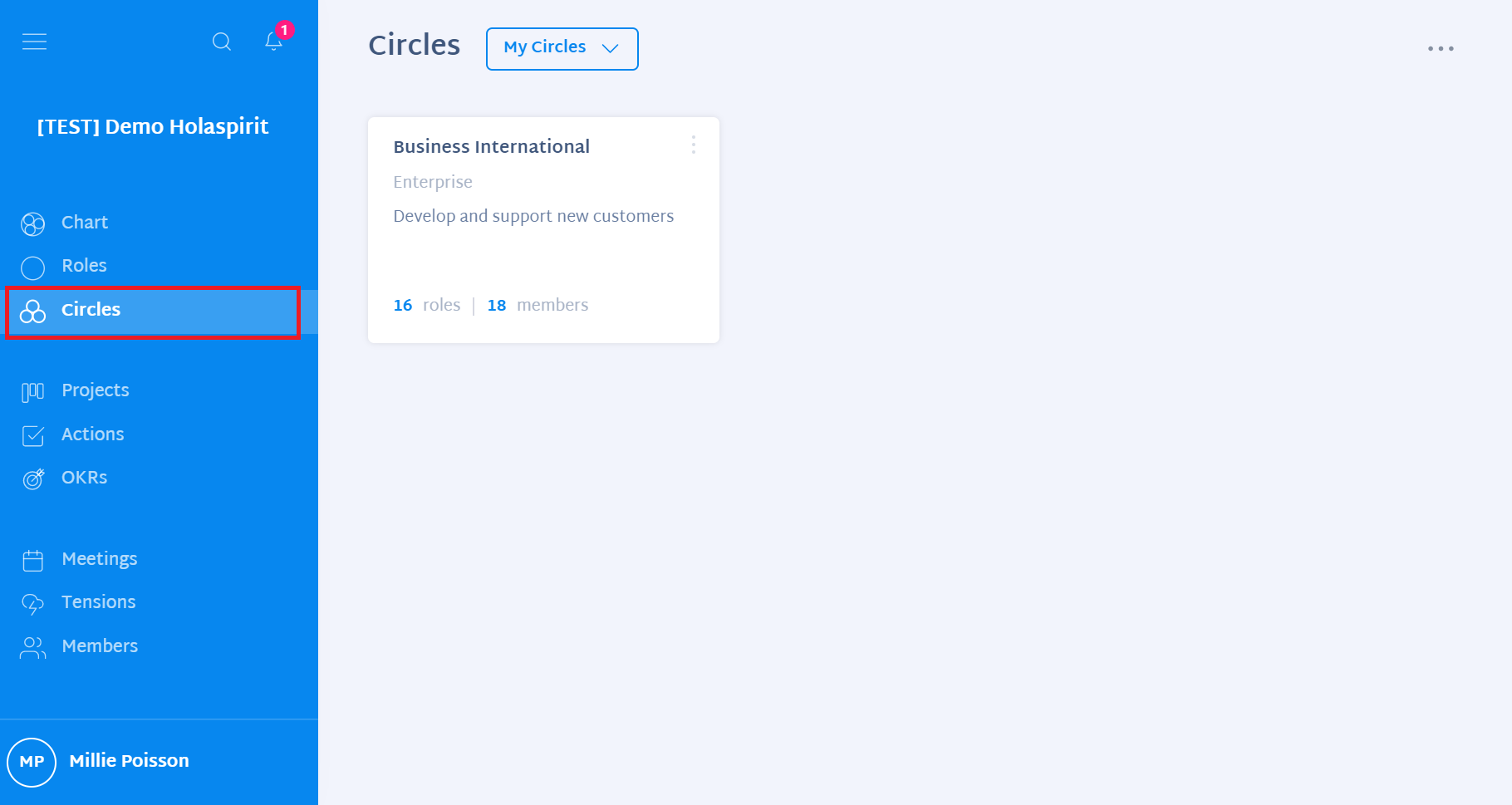 What is a circle?

How are roles and circles similar?

A circle is effectively the same as a role, just expanded into more parts. For example, if you held the "social media" role and discovered the work was far too complex and time consuming in its current state, you might opt to convert that role into a circle so that you could delegate work, create additional roles, hire more people, and so on.

When a circle has multiple circles within it, those smaller circles are called "sub-circles". Often times, you like the sub-circles you have, but the roles or policies within them need to be moved around from one team to another to clarify work or make things more efficient. Thankfully, it's easy to restructure sub-circles to accomplish just that. Using this process at different levels of the organization also allows you to move roles from any circle in the company to any other circle in the company.

Can I add someone to my circle without giving them a role?

There are several situations where you want to add a member of the organization to your circle even if they won't have a role on your team. :

Every team works a little differently. While one team may prefer Trello, another might use Slack and Jira. For this reason, every circle has the option of integrating whatever apps they prefer to use. This way, each circle can be as efficient as possible, even if their work style differs from the rest of the organization.

What if I no longer need a certain circle?

There will always be times where a team is created and you discover later that it is no longer necessary. This could be because the work is completed, it's no longer relevant, or there is simply a more effective way of structuring the work. While you always have the option of deleting the circle, you can also convert the circle back into a role. This can simplify the structure of your department without having to permanently remove positions or get rid of people's roles.