Introduction to the application Time Spent in Roles

What is Time Spent in Roles application?

In an agile organization, people usually fill one or more roles for a time, before taking on new accountabilities. Each individual organizes his time and his missions as they wish, making it difficult to assess the resources and energy that are actually put on each role of the organization.

The application Time Spent in Roles allows you to have more visibility on the resources and efforts allocated to each role of the organization.

Enter the Time Spent in each Roles 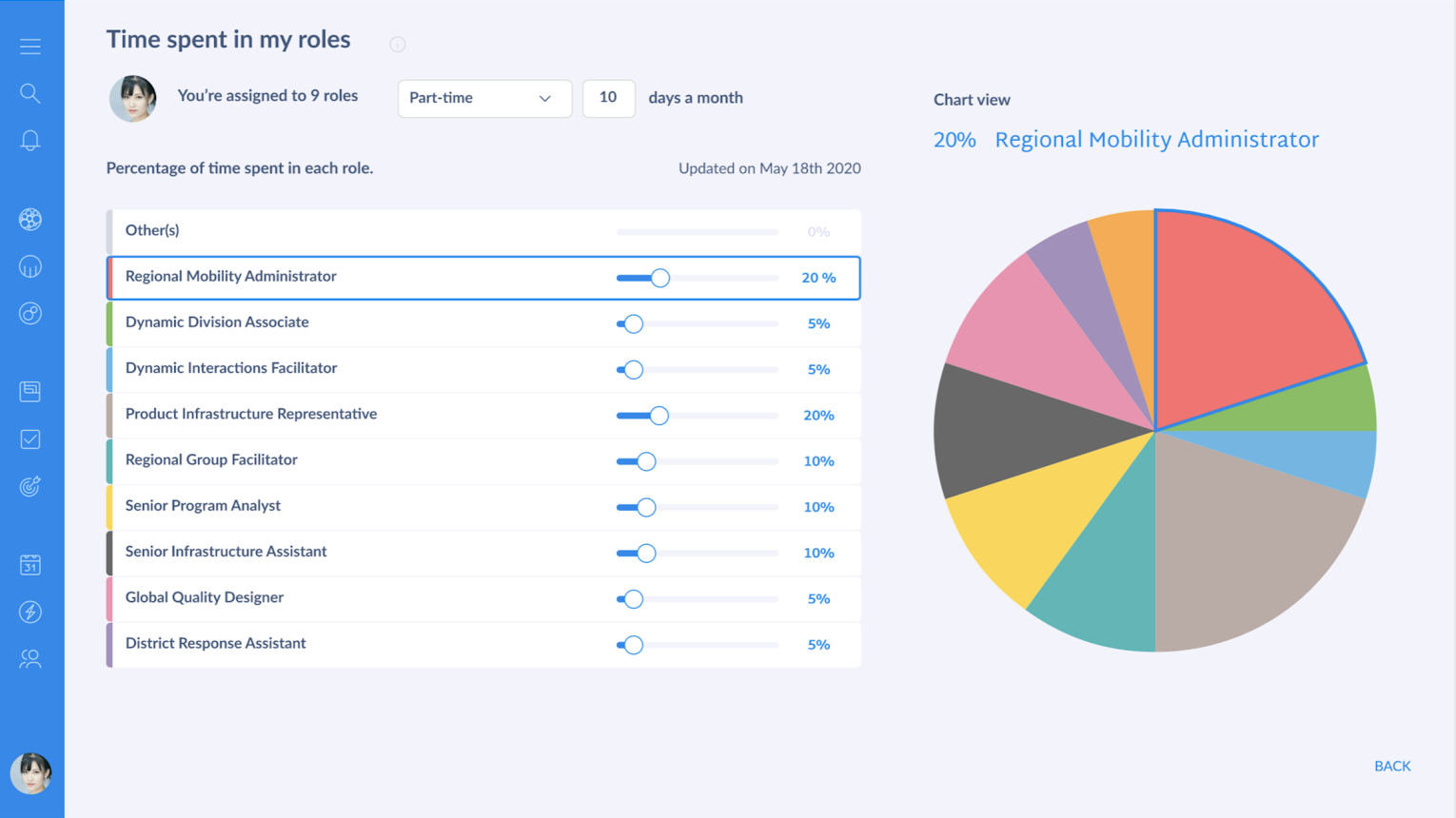 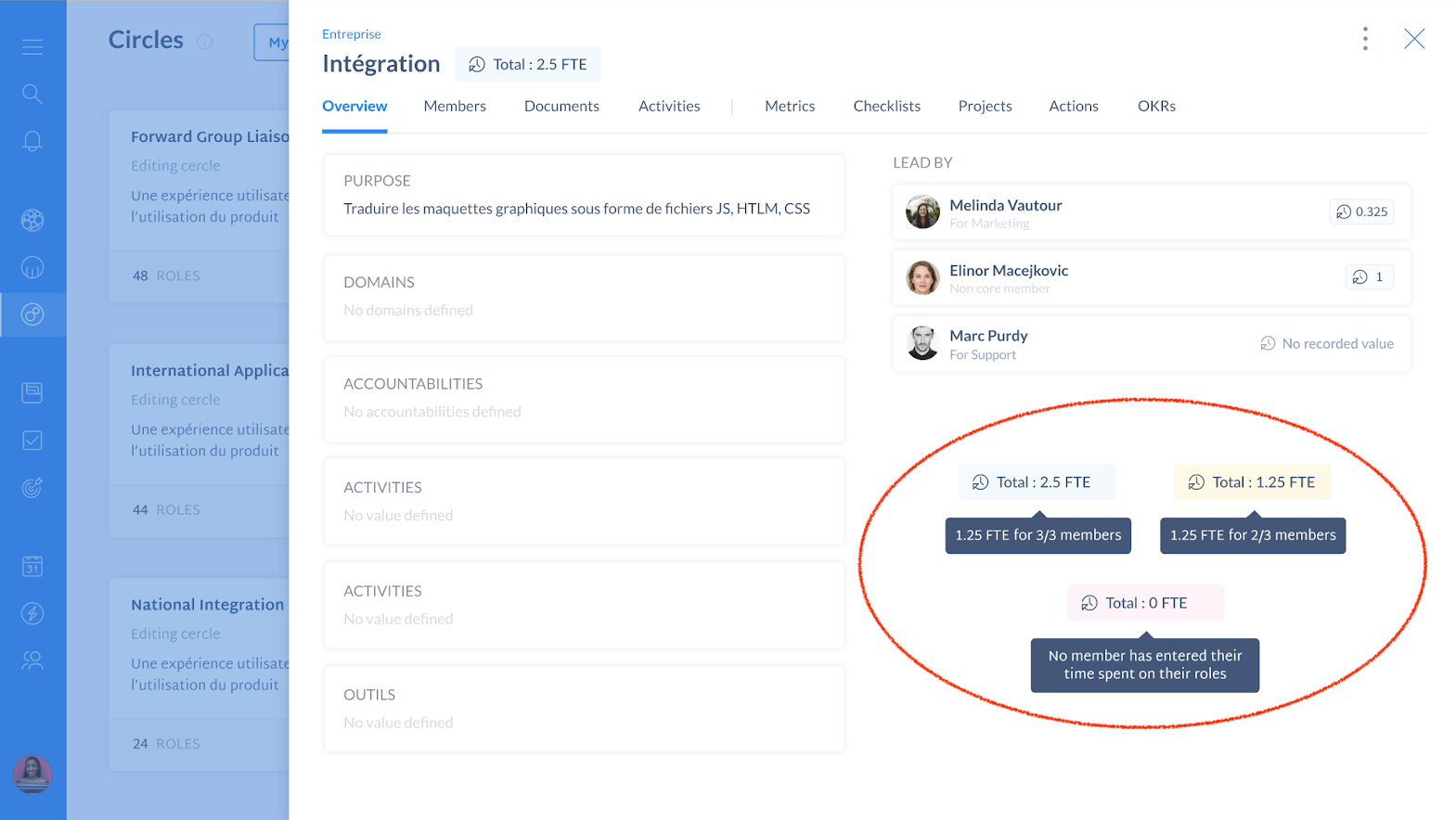 This application allows the circle to have a better understanding on the number of ETP working in each role of the organization. Thus, the role in charge of assigning members to roles have more visibility on each roles' resources and can better allocate members to roles.

The application Time Spent in Roles allows admin to export a list of the roles and their associated FTEs.

There are two different exports: 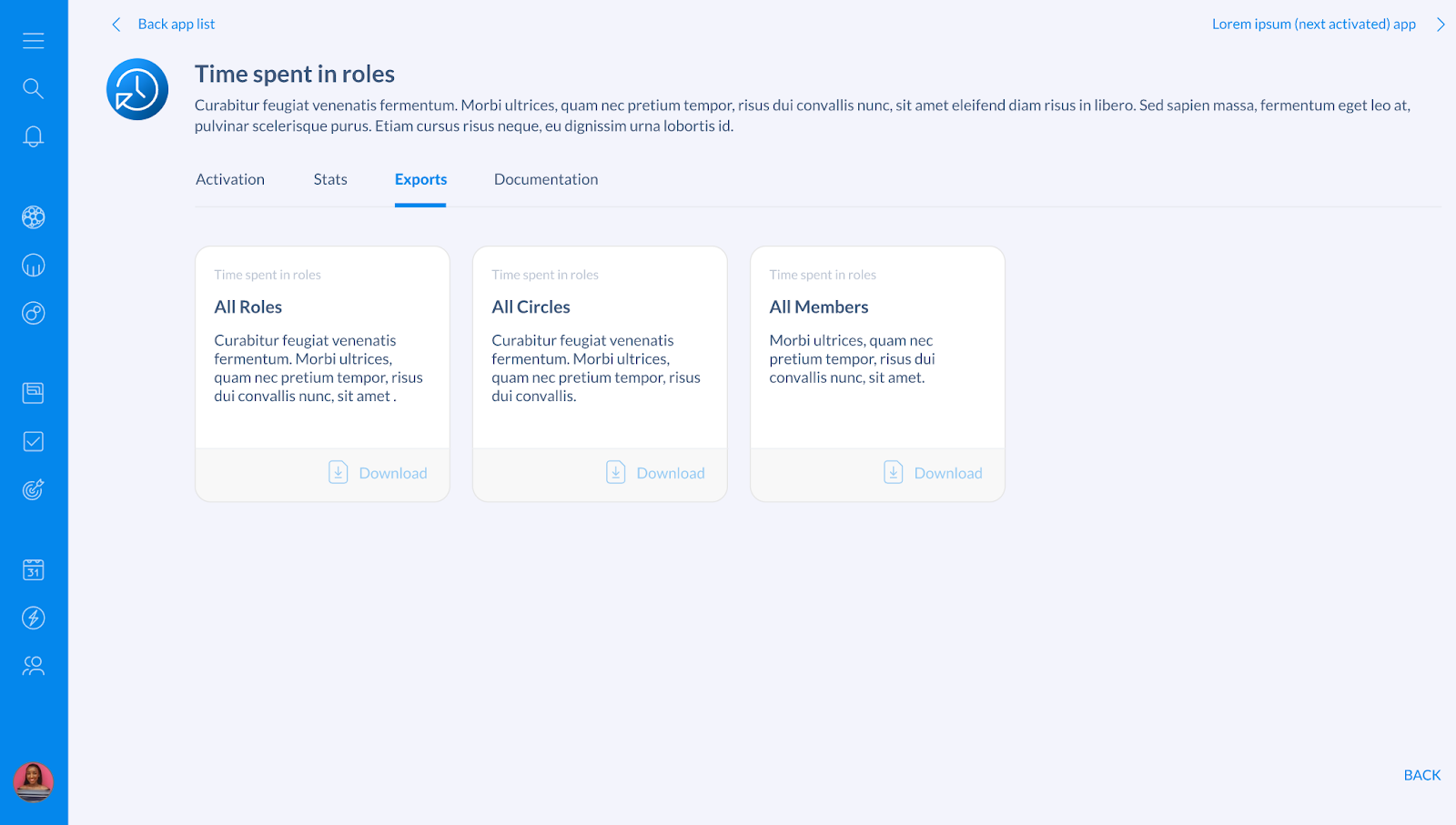