All Collections
Supporting Holacracy
What changes come with Holacracy 5.0?

What changes come with Holacracy 5.0?

The rules, structure, and processes of the Holacracy framework are evolving passed Constitution 4.1 and soon Constitution Version 5.0 will be released.

So you might be wondering how Holaspirit will support Holacracy's transition to 5.0.
Happily, Holaspirit allows you to configure your organization to v5 through an array of currently available and upcoming features. Regardless of what changes happen with Holacracy, now or in the future, our goal is to respond to all requests for additional support/features with, “Yes we can”.

What changes come with Constitution v5?

With 5.0, there is a change in nomenclature of Core Roles:

There are changes to the purpose, domains, and accountabilities of the Core Roles (Facilitator, Secretary, and Circle Rep). The Circle Lead no longer has any specific accountabilities, except those on the circle itself.

The Circle Reps are not anymore by default in circles. Any Circle Member can ask to elect one.

From the Role Templates in Holaspirit, it is easy to update your organization's Core Roles from 4.1 to 5.0. Check out our Role Templates library here.

Having customizable Core Roles allows you to adapt to any new version of Holacracy, It means you aren’t restricted in what model/version of organizing you choose to use.

5.0 builds upon many features that permit Roles from different Circles to collaborate in meetings and/or new Circles. Being able to invite other Roles into a Circle’s meeting is a critical feature that is soon to be implemented on Holaspirit.

On Holaspirit, you may invite roles from other circles to join any circle that would like their input or support. This feature is called Transversal Role and allows you to break down silos between circle and foster collaboration. 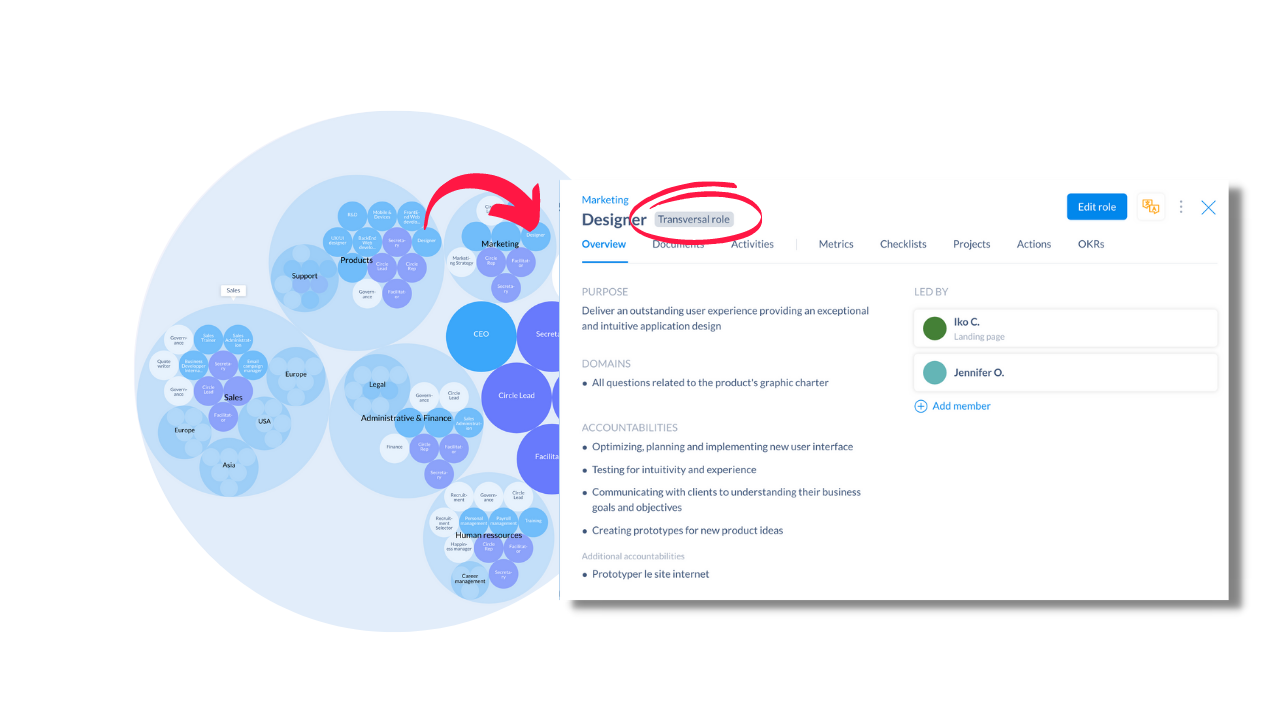 4. Members must have a role to join a Circle

In 5.0, you can no longer add members to circles without roles. All members of circles must have roles to still be considered part of the circles. Holaspirit allows admins to add members to a Circle when they do not fill a Role. Although, you just need to seal this feature off with a Policy to prevent users from using it. 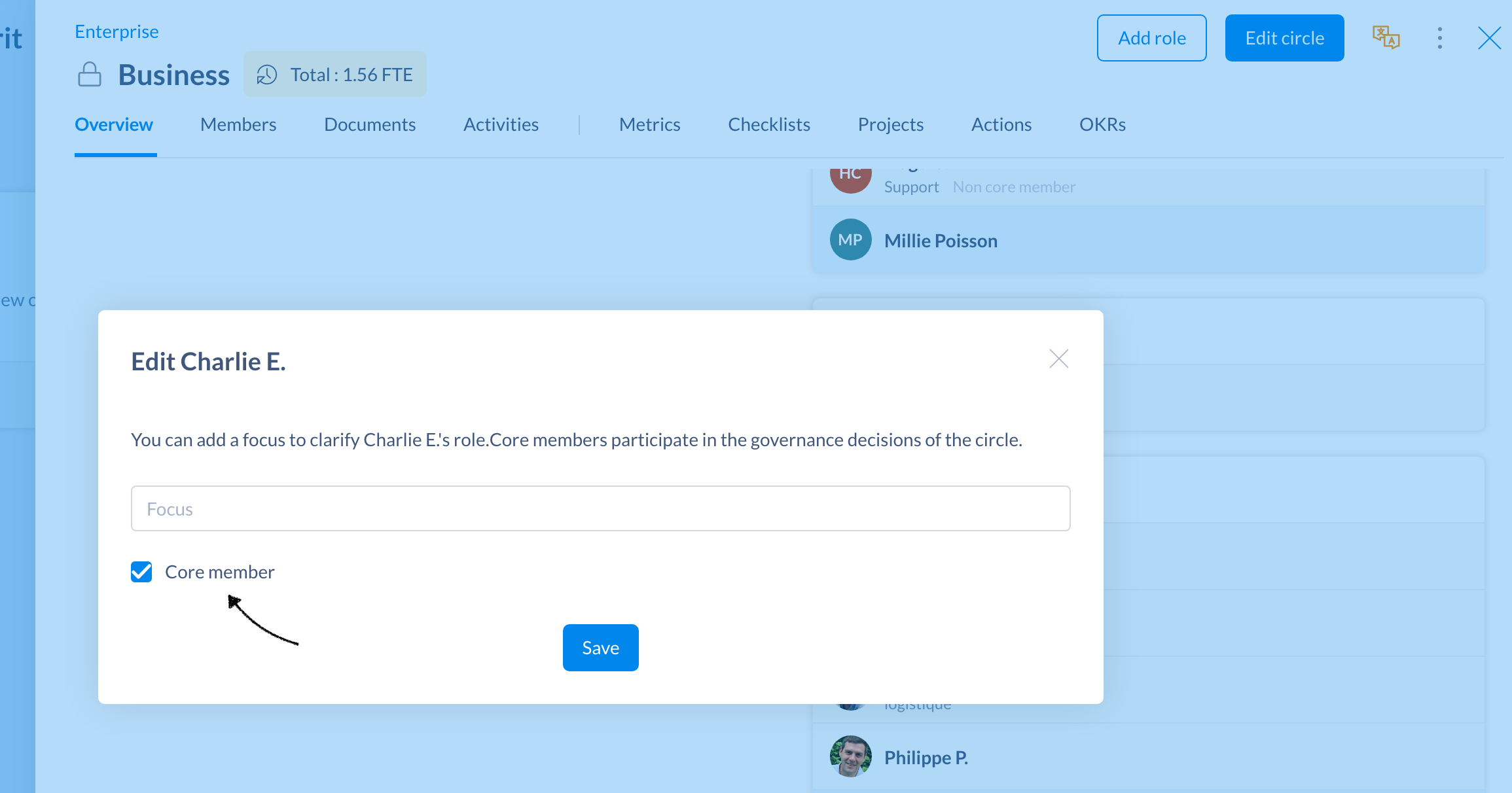 5. Creating role policies outside of a meeting if there are multiple role-fillers is no longer allowed

Upon delegating a Domain to a role, make sure to forbid the role to create a Policy if there are multiple role-fillers.

6. Transforming a Role into a Circle outside of a Governance meeting

In 5.0, the question of whether a role is a circle is a little more nuanced and is partly context-dependent. Every Role is inherently its own Circle and can make changes accordingly. It means if you're the only member of a circle, you can sub-structure your own roles and make edits to the circle's roles outside of Governance meetings or asynchronous proposals.

Tactical Meetings are not tied specifically to circles anymore. They can be

convened by anyone naming the roles desired.

Waiting for this feature to be available, you can invite a Role from any circle to take part to your Tactical meeting with Transversal Role.

Holaspirit absolutely supports Holacracy as it transitions to Version 5.0. That being said, we don’t think Holacracy should involve complicated software with rigid limitations that prevents you from organizing your company in whatever way is best for you. How you use Holacracy (or any other system) shouldn’t be determined by what the software limits you to doing. Here at Holaspirit, we believe it should only be about your business and your way of working. We will continue to build a platform that lets you focus on how you want to organize, regardless of what that looks like or what rules you use to run your organization.

We look forward to providing you with all the features you’ve always dreamed.
Feel free to share your ideas with us, contact us or keep an eye to our Product Roadmap.