All Collections
Getting started
Introduction to Holaspirit
What's a core-circle member?

There may be instances where it doesn't make sense for a member or a role to be involved in the decisions of the circle. Typically if that member/role performs an insignificant task or doesn't spend much time involved in the circle. For example, if a role is assigned to 30 people, there might be 5 core members in the role who will be able to work on the governance and the remaining 25 members who will be able to view the role without changing it as non core members.

In these cases, the Circle Leader may opt for those individuals to not be considered core members. 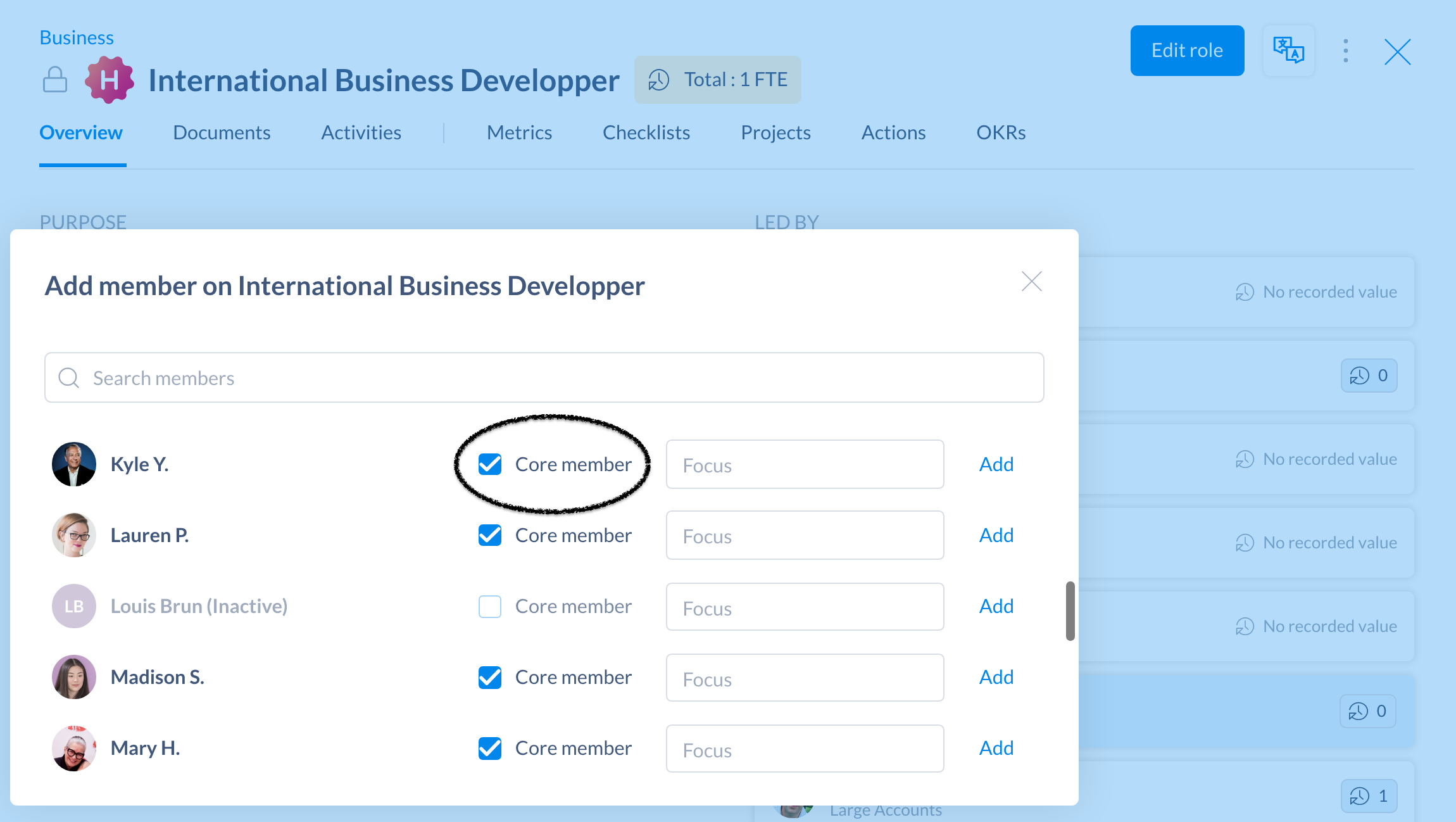 To exclude a member of the governance decision of a circle, edit the assignation of the member for all roles of the Circle and uncheck Core member checkbox.

Note: A non core member can be assigned to one or several role, except of core roles.