Activate the Time Spent in my Roles add-on

👉 This article is for Holaspirit administrators

Read more about the add-on

How to activate the add-on?

You can activate the Time Spent in Roles add-on in Administration:

Activating the add-on will have the following consequences on the interface: 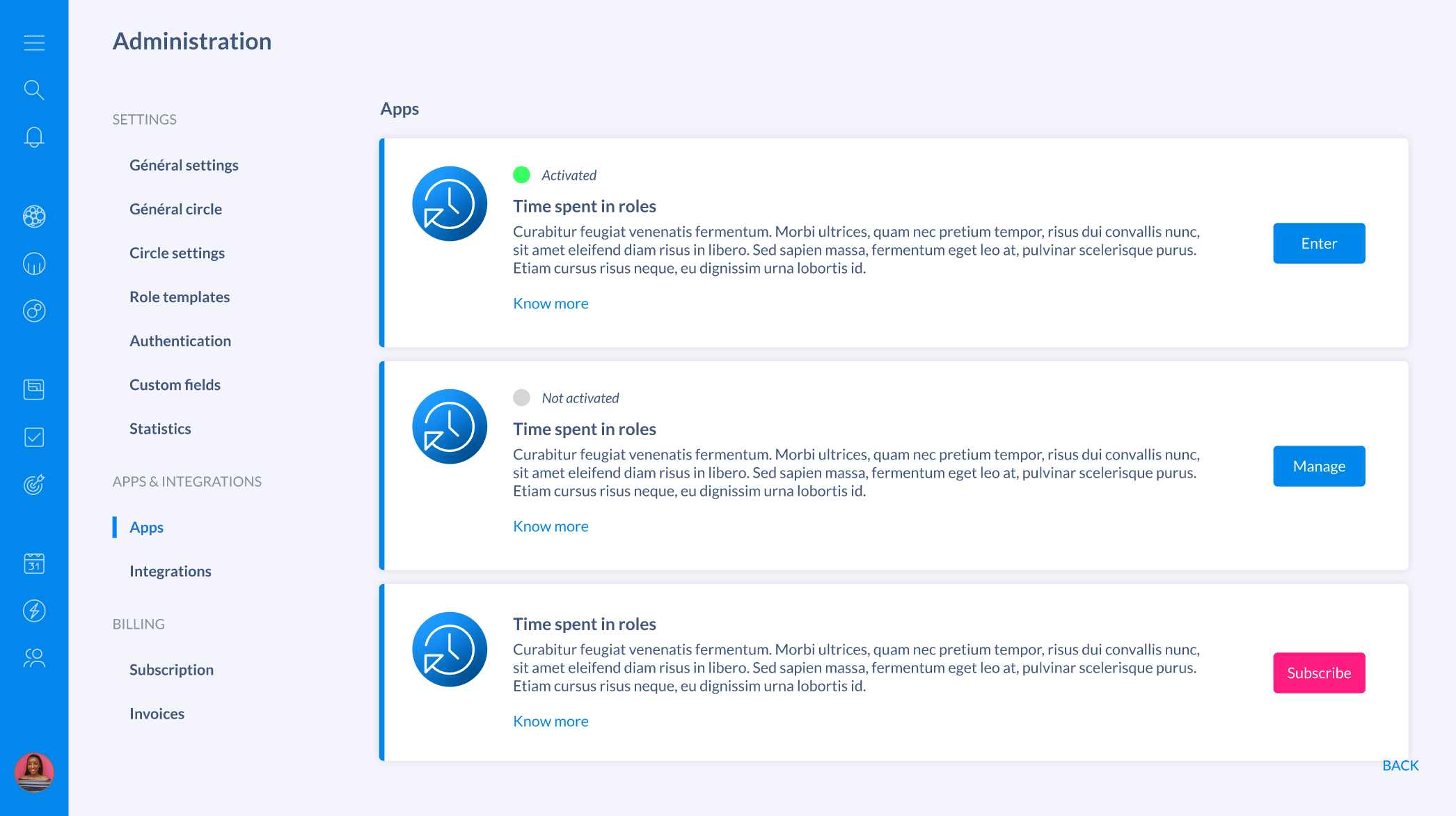 After activating the add-on and for all the members that have captured the necessary information, the time spent in roles will show by clicking on their members profile in the Members app:

The Full Time Equivalent is calculated based on the time entered by users in each of their roles in %.

As an example, for a role assigned to 3 users,

Holaspirit considers a month as 18.5 days.