Empower teams and people to develop the organization's structure

In this age of remote work and complex times, organizations must develop the ability to continuously adapt to change in order to make better and quicker decisions. We believe that collective intelligence allows for better decision making.

Holaspirit offers transparency on the asynchronous decision process and, we believe, is a game changer to helping teams define how they work and get organized together, faster and more inclusively.

Any circle member can suggest to:

Holaspirit applies the principles of consent based decision making. Unlike consensus, consent requires the absence of objection. With consensus everyone says 'yes', with consent no one says 'no'. As a result, your organization continually evolves in response to its environment as a decentralized, constantly learning organization.

Proposals can be processed in two ways:

The Proposals app is designed to guide a team on following and voting on a proposal. This interface allows any user to look proposals up and participate in the decision making process.

It consists of three tabs:

The most common channel to address this kind of issues are governance meetings.

These meetings are designed to answer questions that on the way the organization works. In these meetings you can update, articulate or remove rules, processes, roles, decision rights that require your team's consent.

Once a proposal is sent asynchronously, it can be brought up in the meeting.

Proposals can also be processed outside meetings, fully asynchronously. 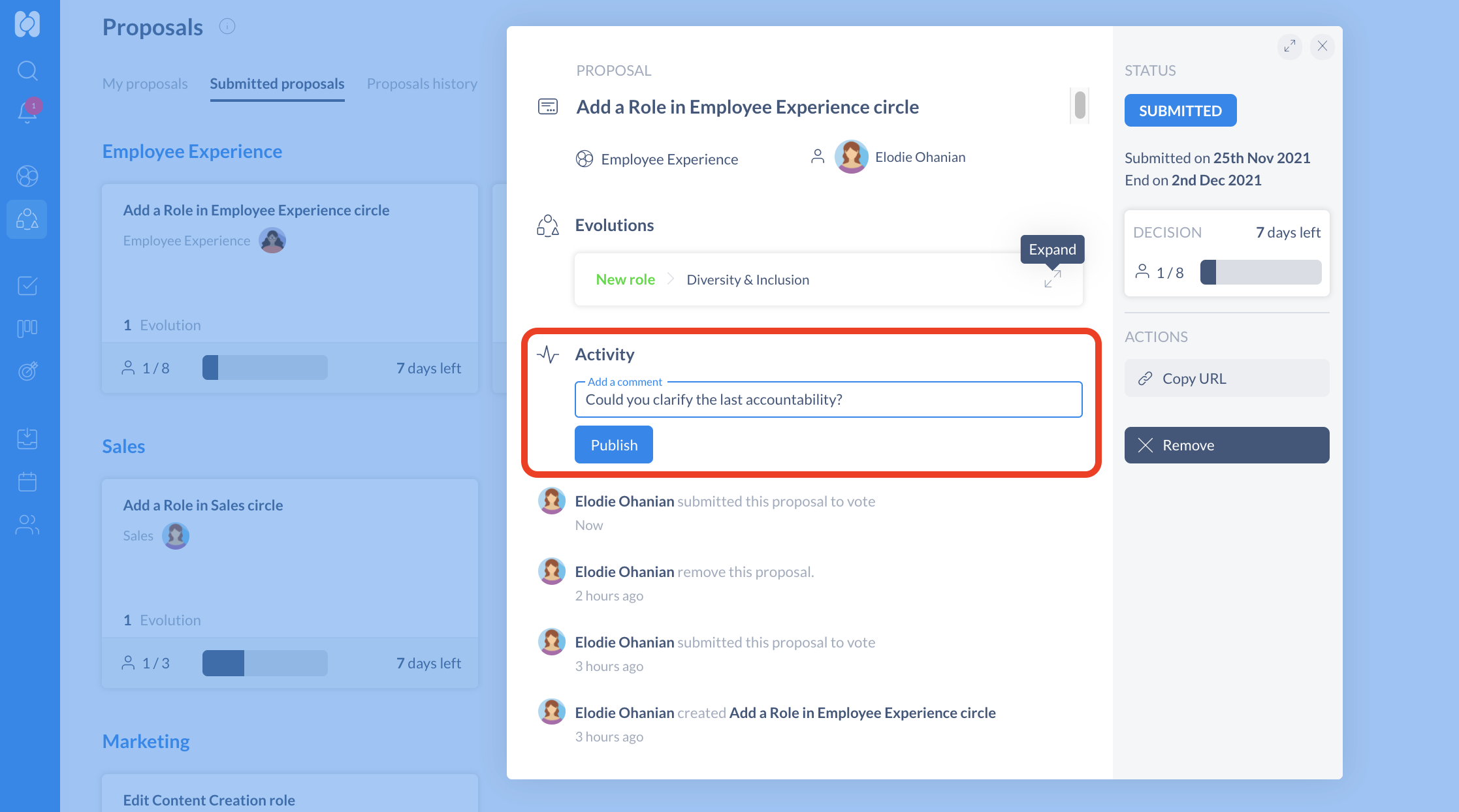 Tip ⭐ : Don’t sweat the small decisions (in a meeting vs. outside)

Not every decision requires to be discussed in a meeting. Some organizations disproportionately spend time on minor decisions, instead of focusing on significant ones. Figuring out which decisions to deliberate over as a group versus which ones to make quickly, will free up precious time and resources. There might be some evolutions that you can submit quickly to your team for review, some others you might want to discuss during meetings.

How do I remove or delete a proposal?