All Collections
Using Holaspirit
Working with Proposals
How to vote on a proposal?

How to vote on a proposal?

How to reply to a proposal inside or outside meeting

All organizations have their own ways of making decisions. To this day, it can be difficult to leave hierarchical traditional structures behind in order to improve communication and collaboration in the decision making process.

Holaspirit helps organizations get out of these restrictive habits by prioritizing cooperation and consent while making decisions.

How to create and submit a proposal

Where can I find open proposals?

How to create and submit a proposal

As a circle member, you can submit changes (proposals) that seems relevant so that simultaneous changes can be made in response to what is needed. For example, if you're looking for the role in charge of budget and you cannot find any, chance are high that you actually need to make a role accountable for it and submit a governance proposal.

Read on how to create, submit and track proposals in this article.

Where can I find open proposals?

Someone from your team might have submitted a proposal and is waiting for you to react, provide feedback and finally vote on his/her proposal.

When a circle member has made a new proposal outside of meeting (asynchronously), any circle member is invited to vote for the changes to be applied or not.

If you consider the change is not harmful to the organization and its purpose, then approve to the change. If you sense a risk, Reject the proposal as it is.

The process relies on consent decision making and works as follow: 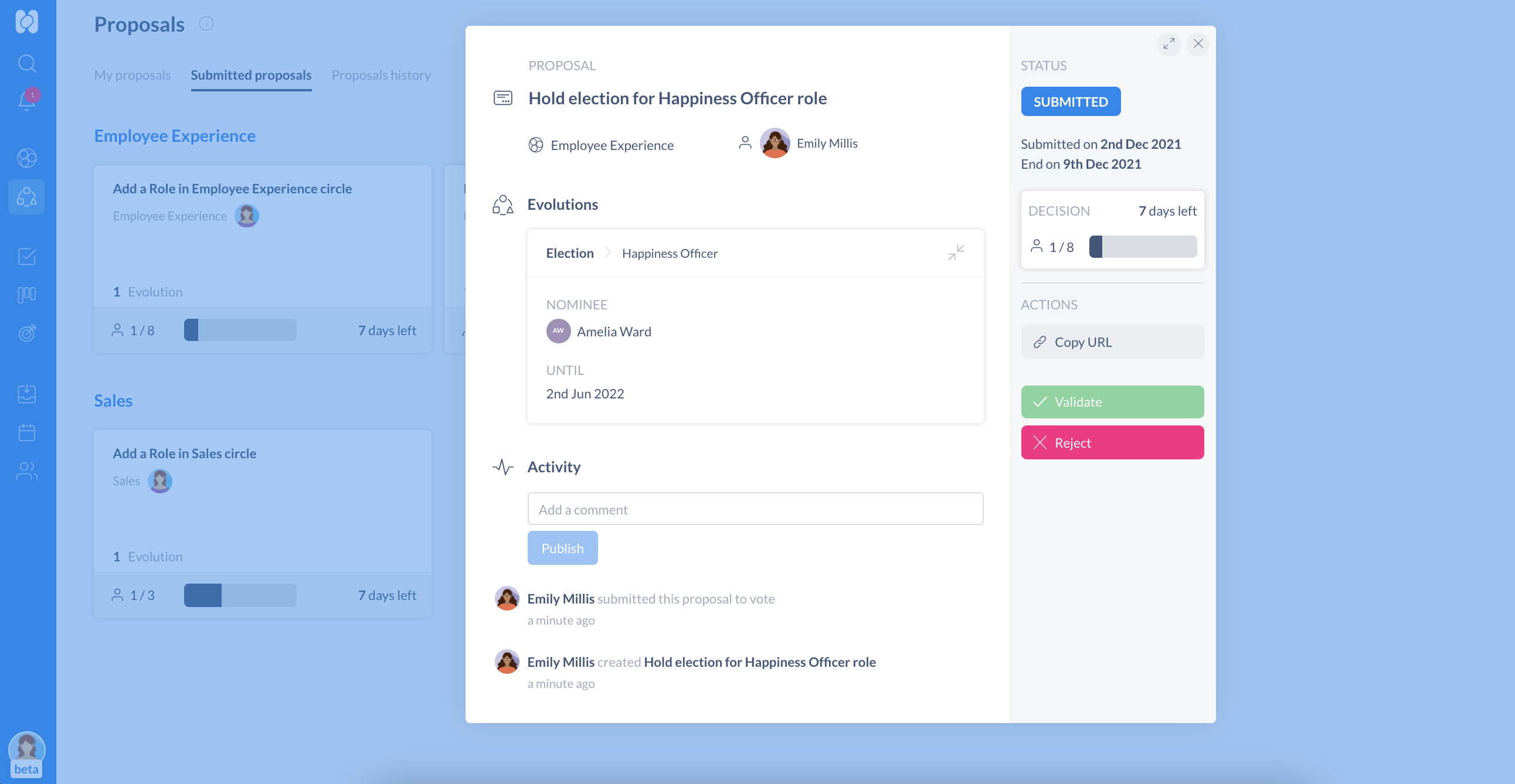 👉 Here's how to add your vote: 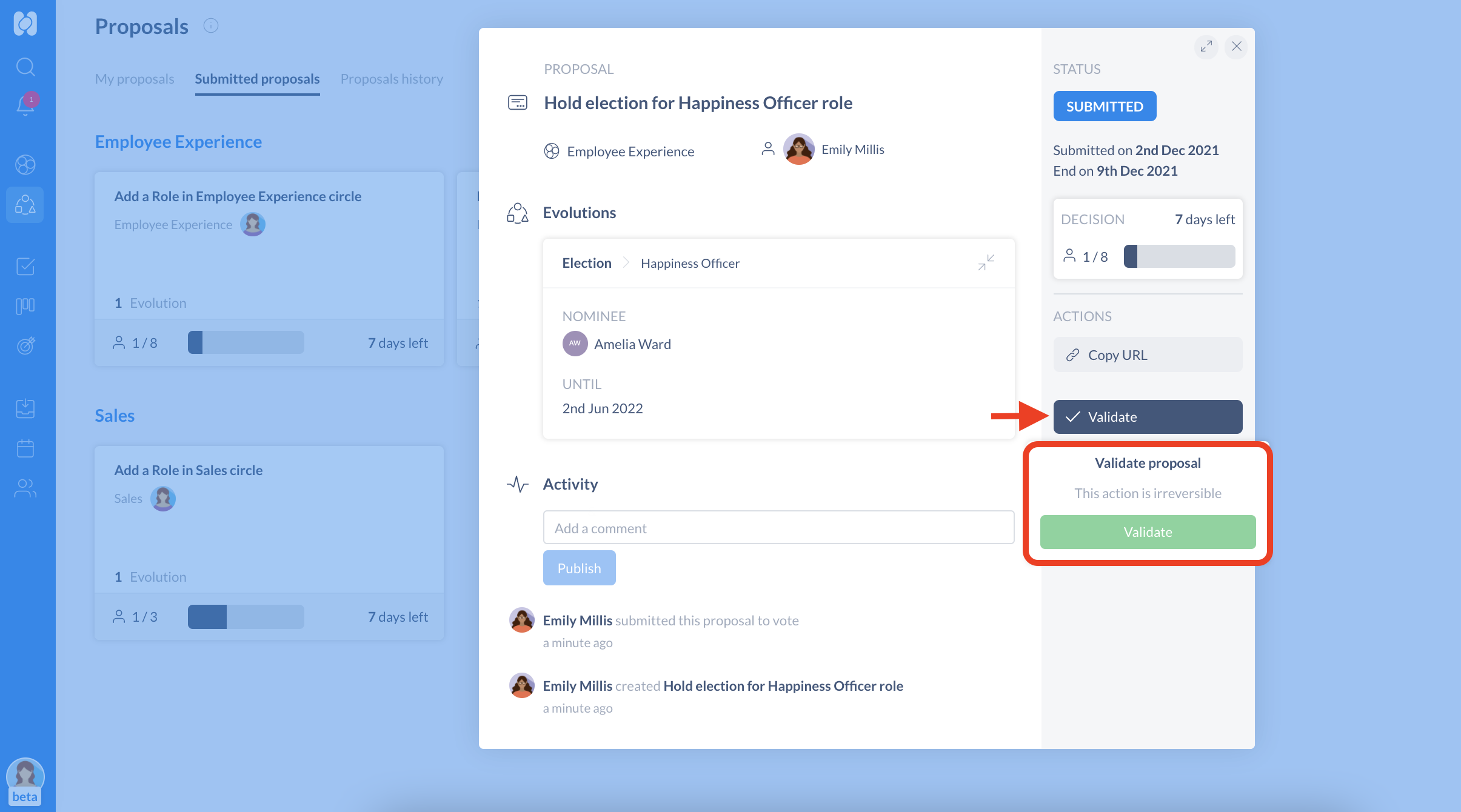 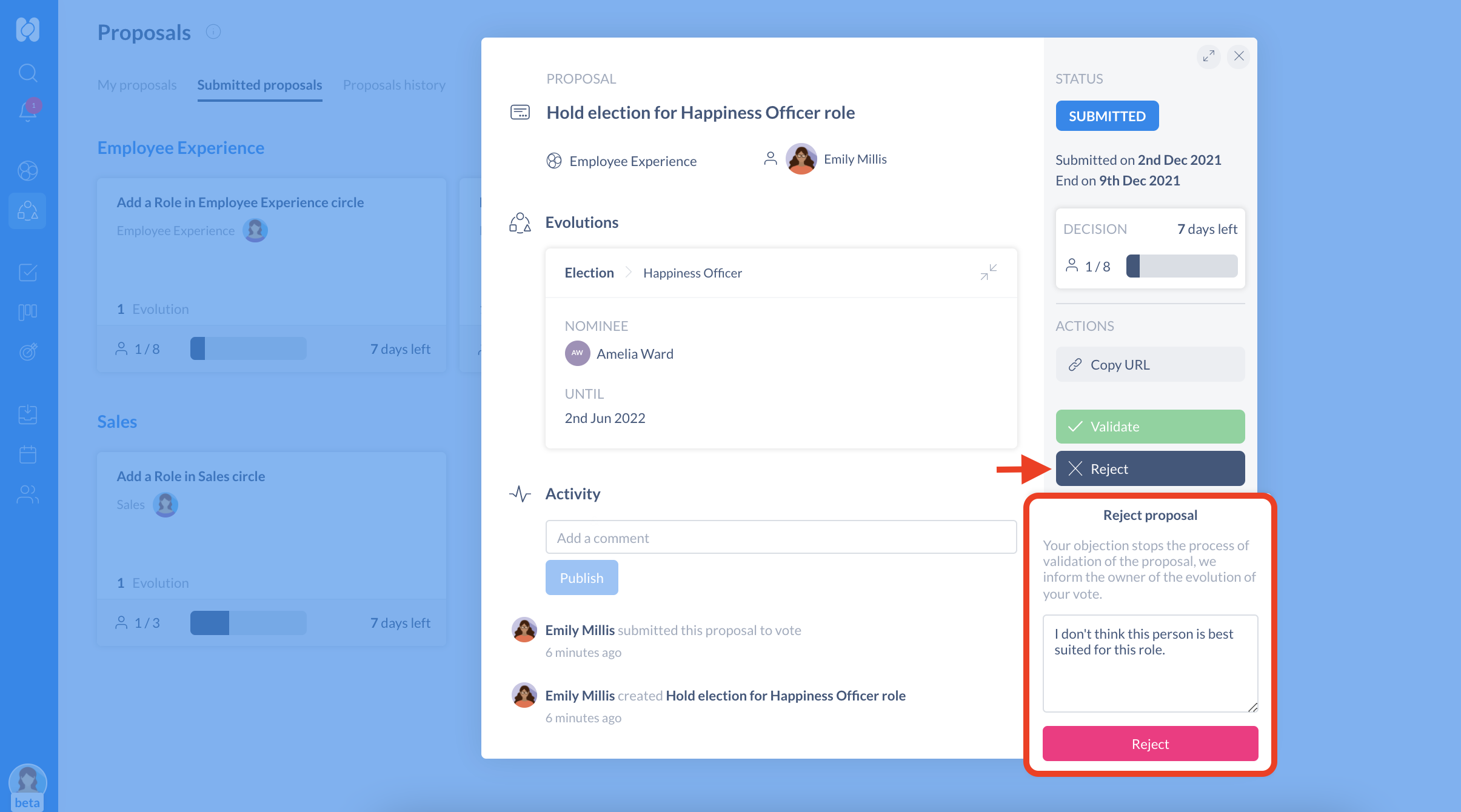 To make sure you are making the right decision, all circle members on the proposal can comment and ask clarifying questions in the Activity section. 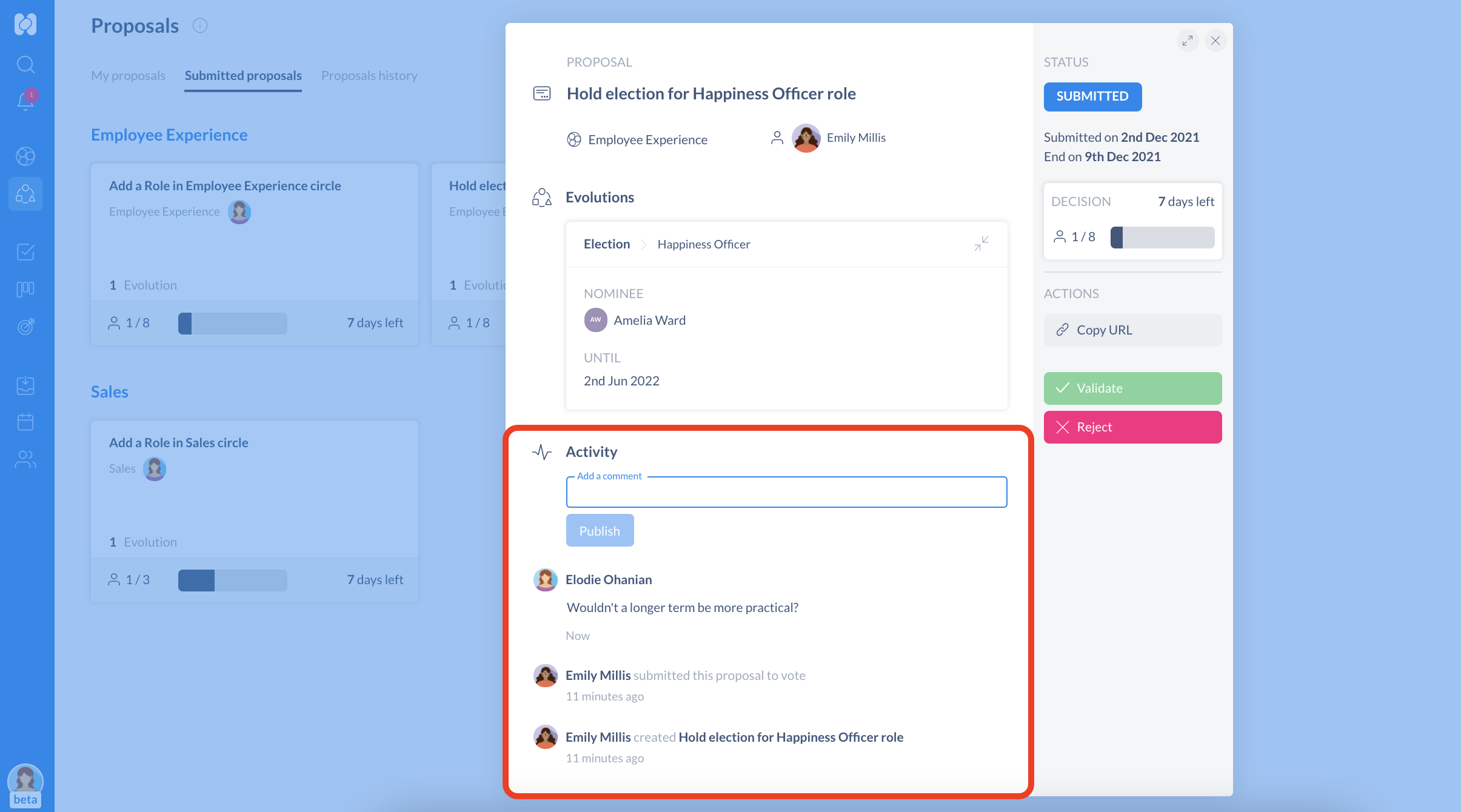 After voting, the member who submitted the proposal will be notified of your vote.

📌 Note: After a certain delay (that can depend based on the chosen settings in administration), the proposal will be automatically applied if no one rejected the proposal. The time left to vote shows on the proposal, be careful to respect that delay. If not, you won't be able to be part of the decision and the change will apply.

When objecting to an asynchronous proposal, you might wish to follow up with discussing the matter with your team in order to solve the tension and make the right decision as a circle.

👉 You can use the Bring to meeting button directly when objecting to a proposal and import it to the next Governance meeting:

Each person can make a proposal during meetings. Through a process of integrative decision-making, we look whether the proposal is a step forward for the organization. We make sure that it does not put us backwards and it is not harmful. Everyone has a voice and can bring an objection to the proposal if they have one. The proposal becomes a decision if it is workable for everyone.

Once you click on Import, you can import the proposal you have prepared. Note that you can also import open proposals.

The meeting secretary can also import open proposals and capture the decision.

How do I remove or delete a proposal?

How to send a proposal into Slack?

How to add an item to a meeting?

What is consent based decision making?