All Collections
Using Holaspirit
Working with Governance
How do I assign or remove someone from a role?

How do I assign or remove someone from a role?

Holaspirit gives organizations the option of deciding how role assignments should be handled and which roles can assign roles within each circle. This is managed from your Circle settings.

What are the options to assign a role?

There are 3 options to assign roles to the members of the organization:

1. A role is in charge of assigning roles to members 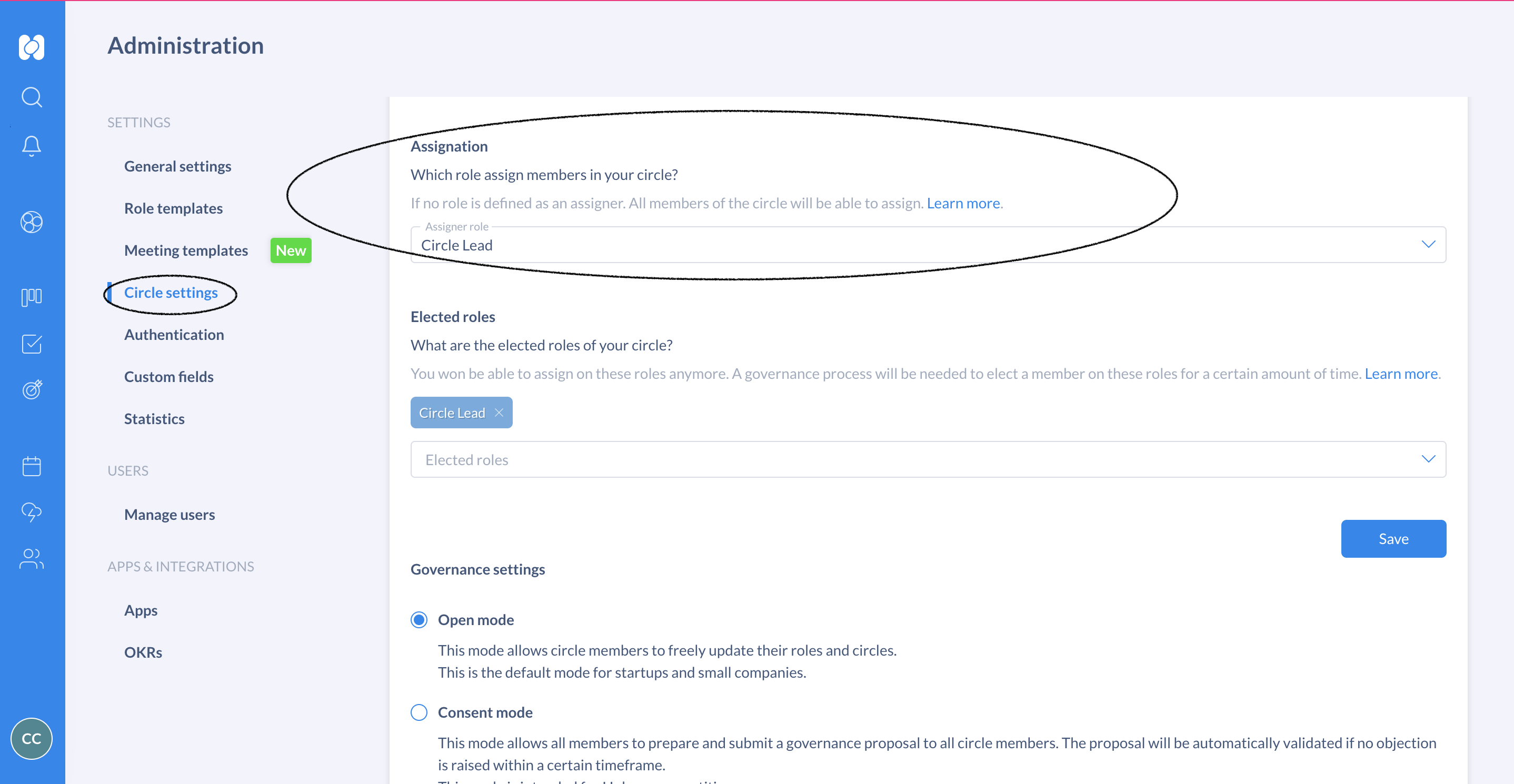 In this setup, members of the organization can also apply for roles that interest them.

2. All member of a circle can join the roles freely

If there is no role in charge of assigning roles in the circle, then all members of a circle can join a role. 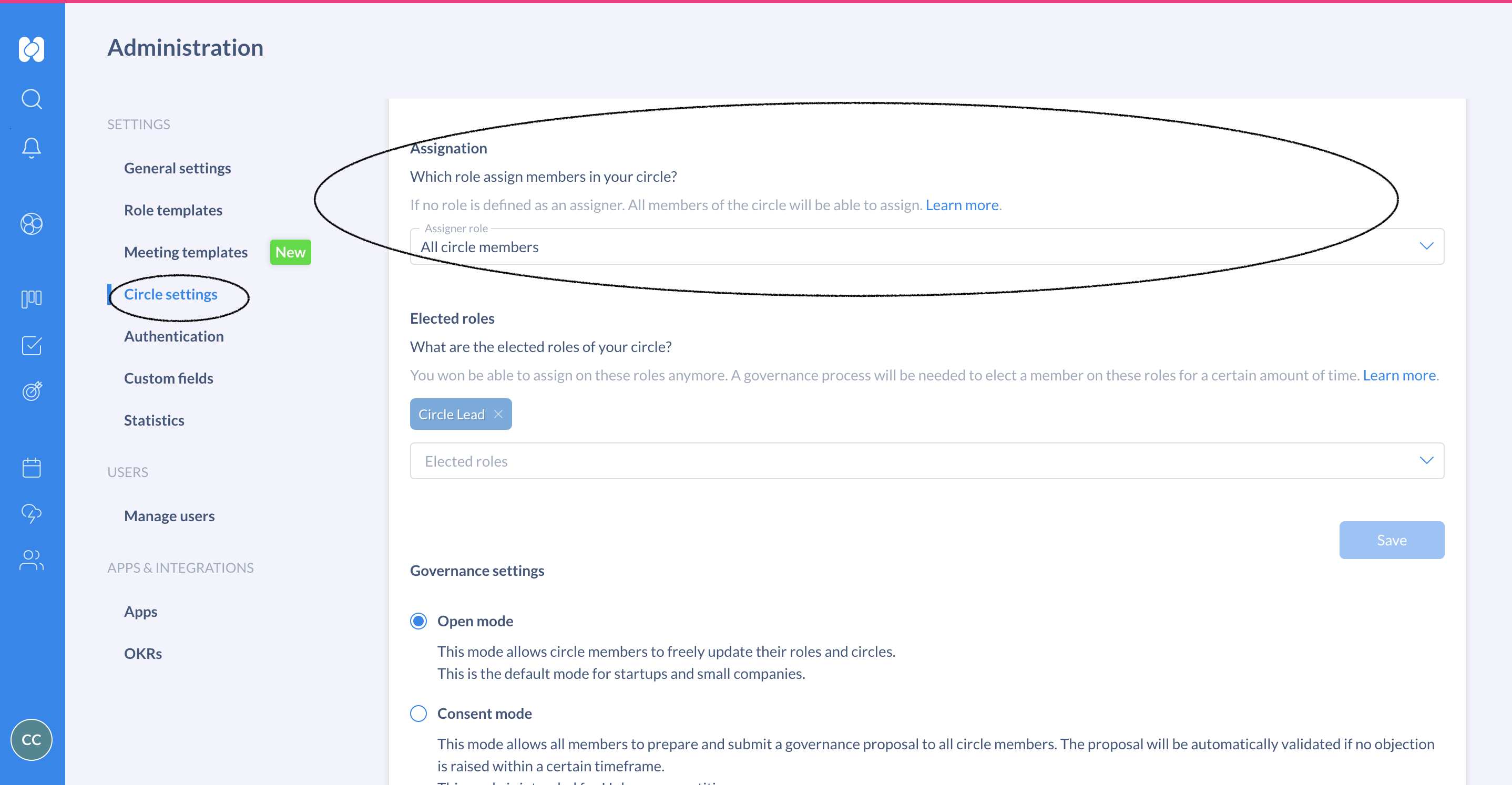 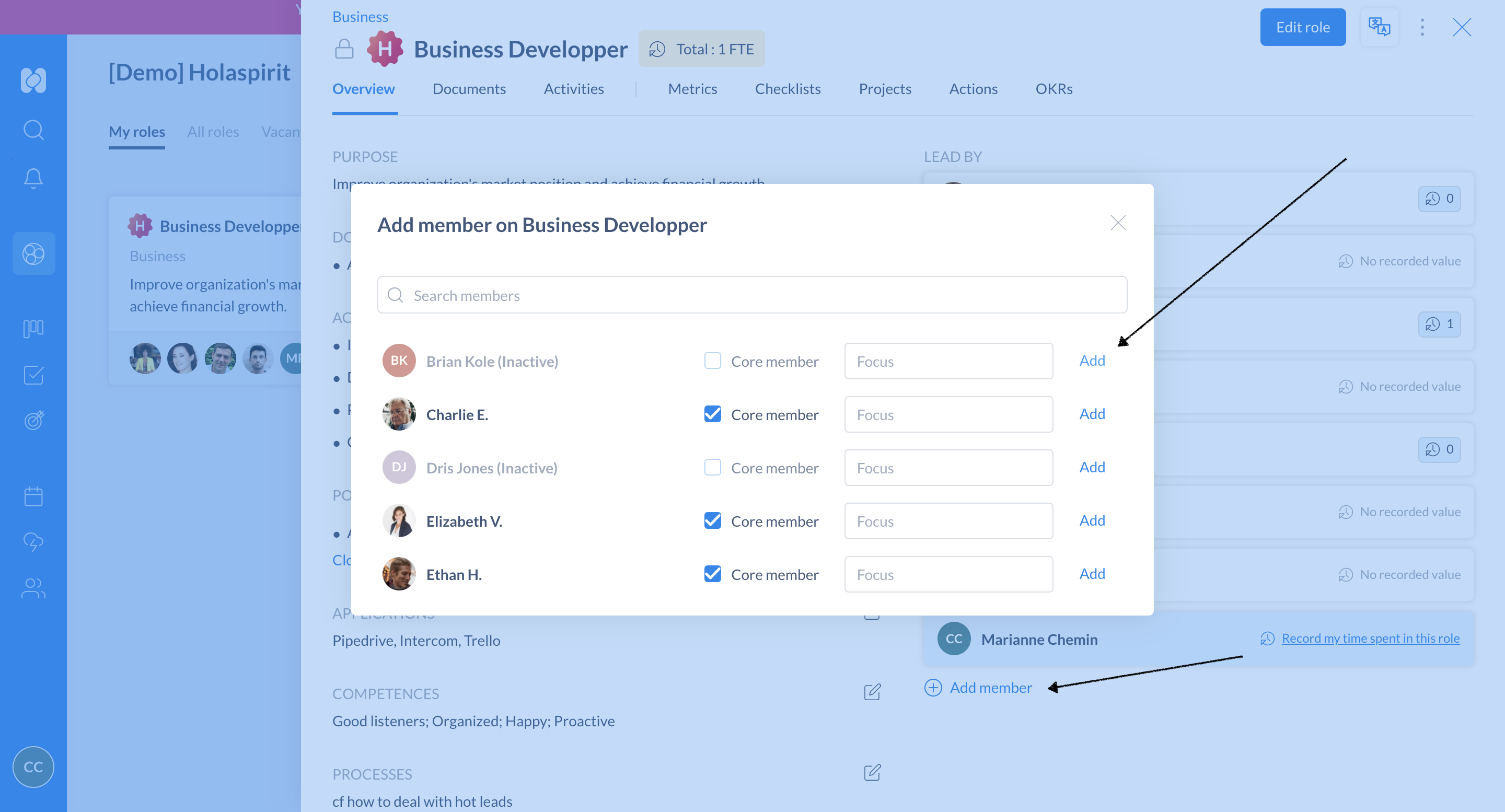 3. The Role is elected

Some roles can be elected, rather than assigned. These roles are elected through the governance process, either at a meeting or through a governance proposal outside a meeting.

Tips ⭐: Circle settings can be set up at the administration level - in this case, the rules apply to all circles in the organization - while they can also be set up at the local level of a circle, if the circle wishes to proceed differently.

A circle has the possibility to choose the role in charge of assigning within the circle, the elected roles, and the decision making mode. As a consequence, the circle becomes independent of the settings defined in the administration. More info in this article.

How to assign someone to a role?

Prerequisite: Depending on the settings for the circle, you must be the role in charge, or, a member of the circle to be able to assign roles to members.

The user will be notified by email

Note: Several members can be assigned to the same role. 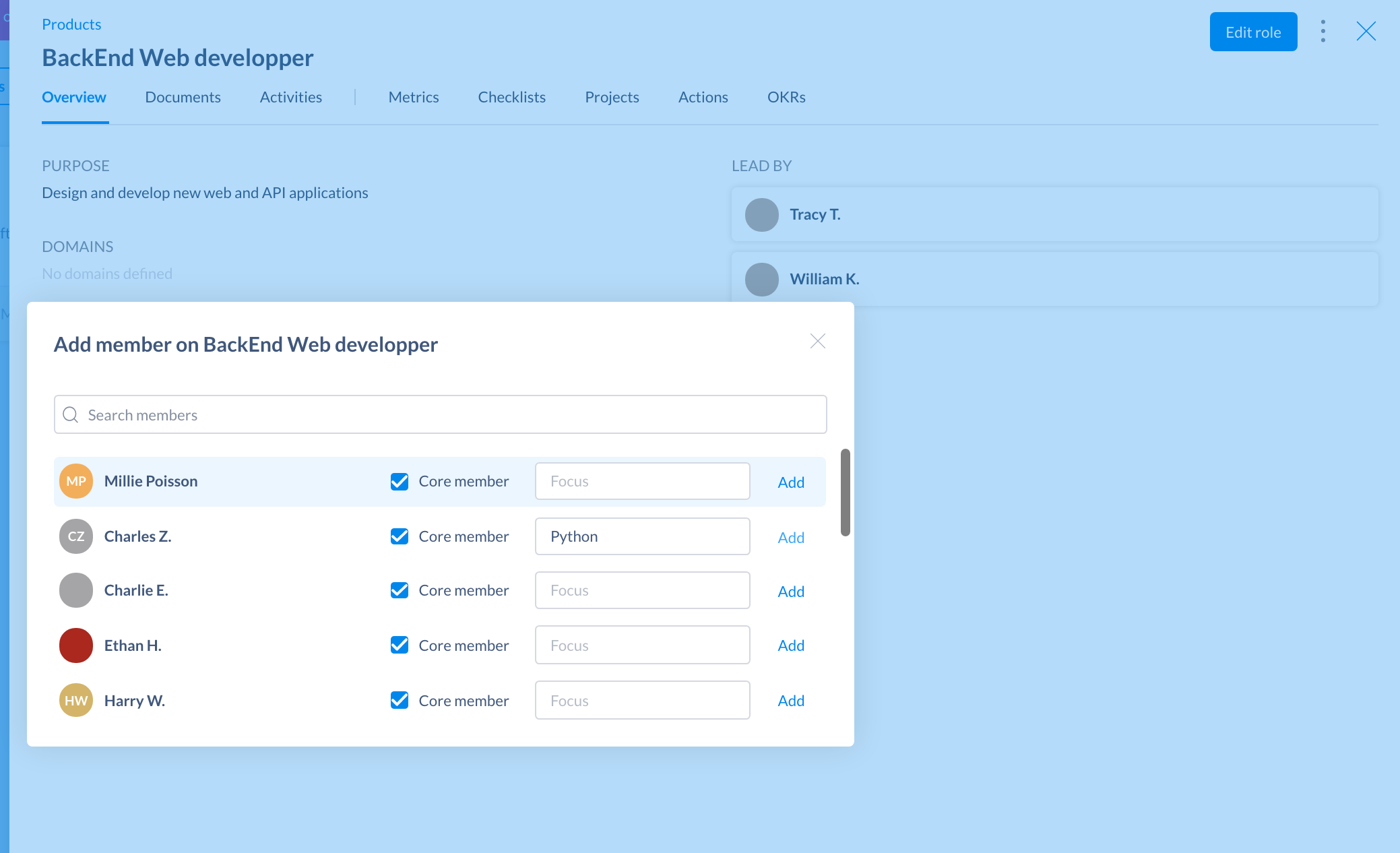 If there is no role in charge to assign, you can easily Join the role. 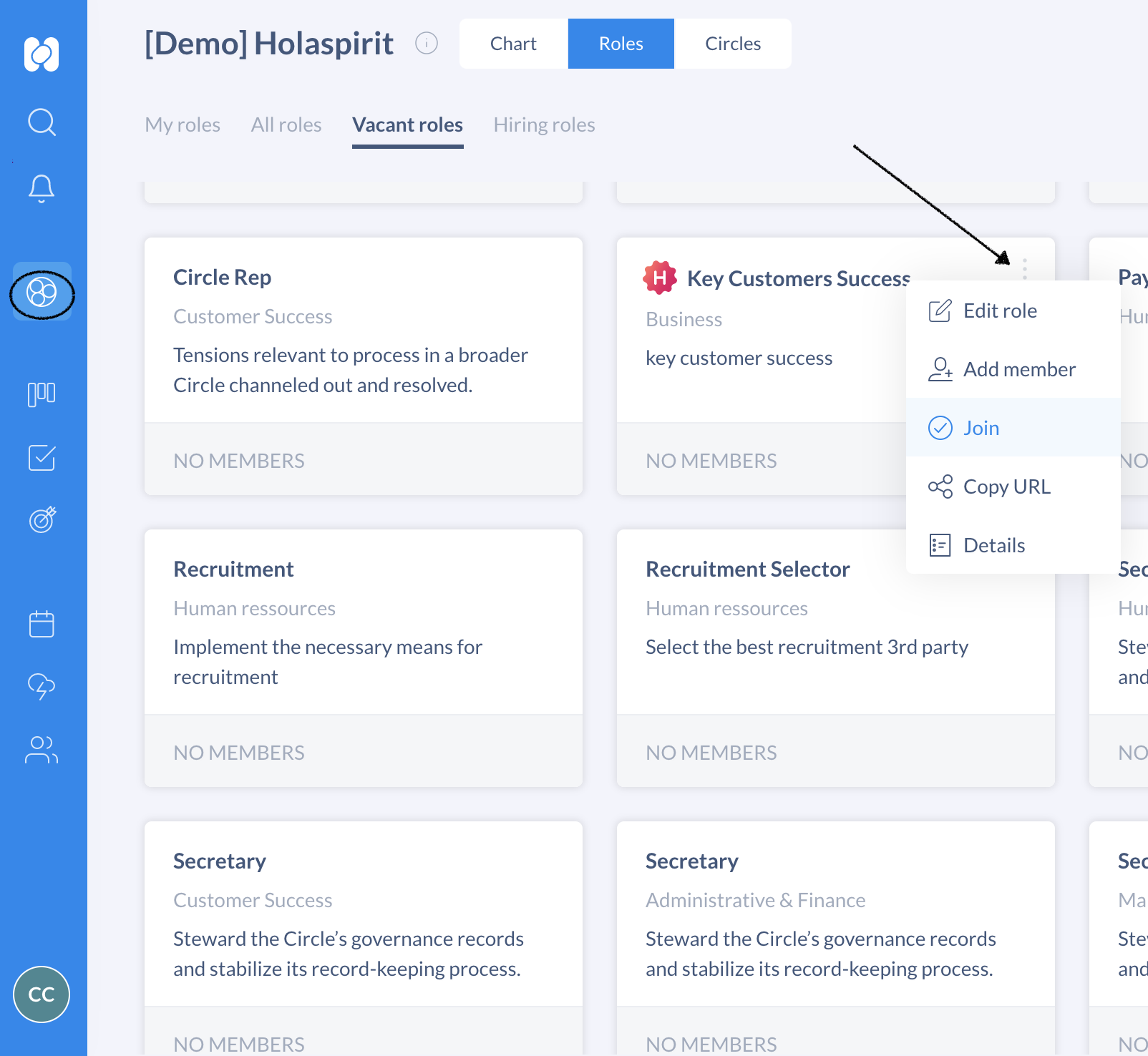 How can I remove someone from a role?

Prerequisite: Depending on the settings for the circle, you must be the role in charge, or, a member of the circle to be able to unassign roles to members.

The member gets notified by email.

If a role has more than one member, you may want to further clarify whose in charge of the responsibilities of the role under particular conditions. You can define a specific "Focus" for assigned members, in the form of scope, context, or competencies.

For example, a “Business Developper” role with several members may have a focus per holder for geographical areas, such as “French leads”, or “Dutch leads”, or “German leads”. 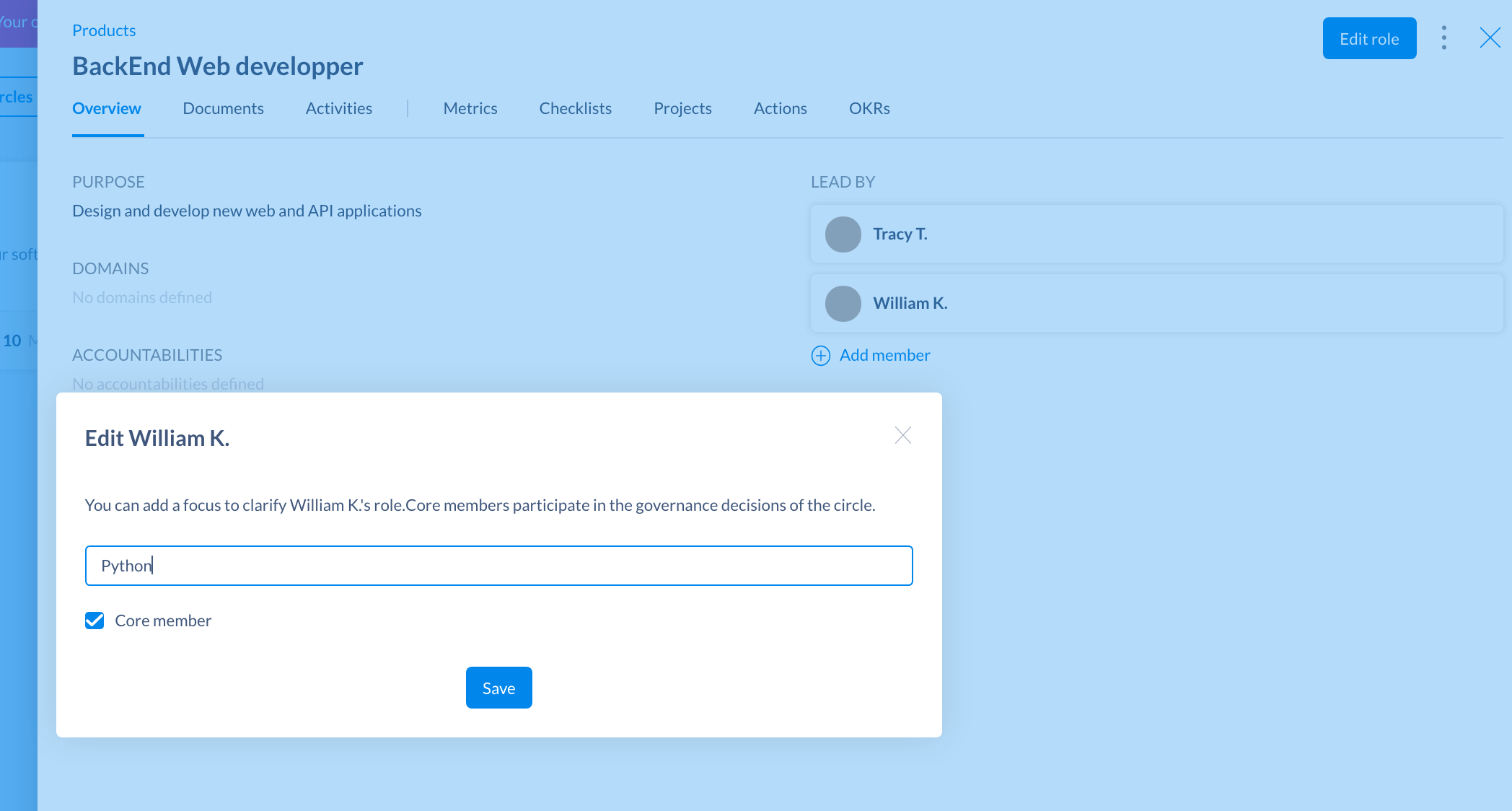 All circle members are automatically considered as core circle members when they are assigned in a circle or to a role. Being a core circle members means that they can take part in the governance decisions of the circle and in the operations. They can join meetings, participate to the election process and suggest evolution for their roles and circles.

If a role has more than one member, you may want to limit the number of people actively participating in the circle to maintain a smooth and fast decision making process. For example, if the role is filled by 30 members, should they all get a voice on the evolution of the role or circle?

In this case, you may decide to exclude members as non core circle members. 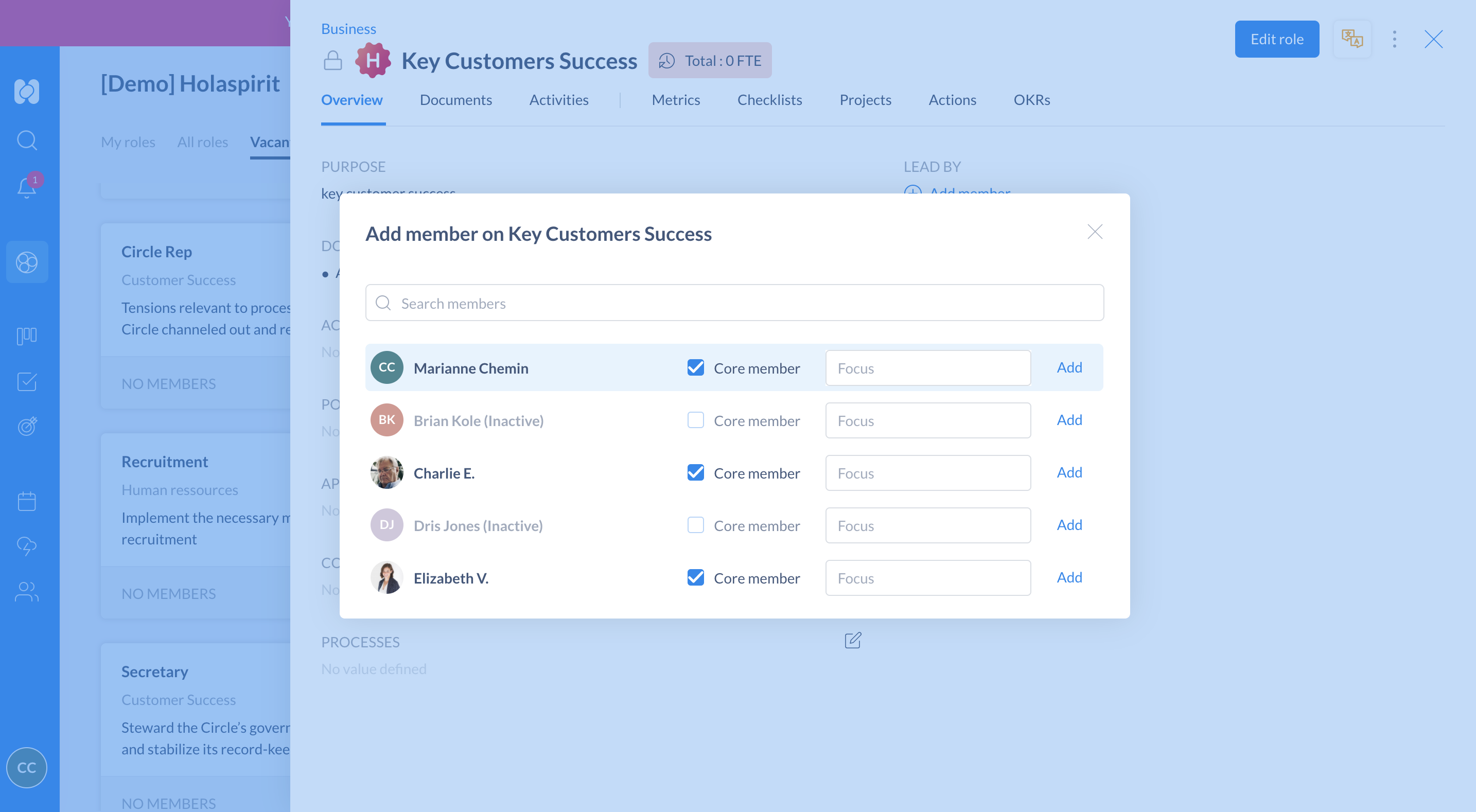 Add or Remove a member without a role to a circle

How do I apply for a role or resign from a role?

How I manage assigned and elected roles?