All Collections
Using Holaspirit
Working with Governance
How to hold an election for an elected role?

How to hold an election for an elected role?

In an agile or self-managed organization, you can decide on the assignation of a role by electing its members.

Election in a meeting

Election via a proposal outside a meeting

Election in a meeting

You can hold an election during a meeting of the circle the elected role is part of (usually during Governance meetings).

The election is treated as an agenda item, so the meeting template must contain the Agenda step to allow voting.

The meeting secretary will be in charge of following the election process on the platform and counting the votes to validate it.

Once the election has been added as an agenda item:

⭐ Tip: When electing multiple members, add a Scope to specify their function in the role for even more clarity.

If a member of the circle has already saved or submitted the an election proposal but wish to discuss it with their circle, they can import their proposal to be processed during the meeting. (Read more)

Once the election is closed and the item has been validated, the elected member(s) will be assigned to the role in real time.

Election via a proposal outside a meeting (asynchronously)

To submit an election proposal to your team: 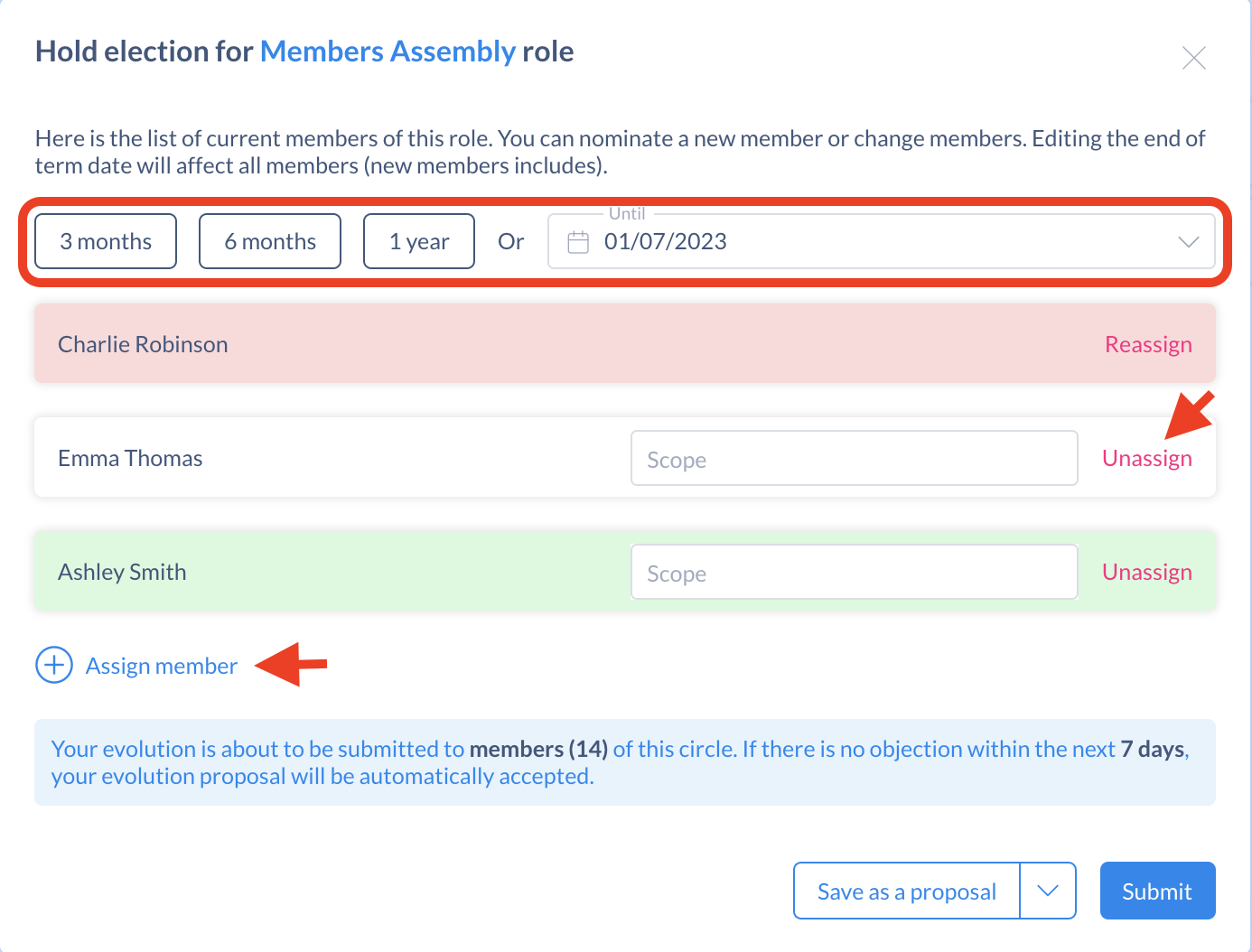 From there you can:

👉 More about how to create, submit and track proposals

When all members of the circle have voted or the voting deadline has been reached, the chosen member will be assigned to the elected role.

Configure circle settings for your organization

Add an agenda item to an opened meeting

How to create a proposal

How to submit and track a proposal

How to vote on a proposal