Learn how to create or update Holaspirit role templates

Role templates are one of the easiest ways to save time when just designing a new organization on Holaspirit. Quickly add personalized templates to your organization’s chart and speed up your design.

Role templates are available to all users and are managed by administrators.

There might be some roles that will be used in multiple teams or that will take over important accountabilities in the circles. Instead of creating these roles manually in your organization, you can create role templates.

You can access all your roles template in the same place in Administration. You will find the list of templates of Holacracy 5.0 roles, feel free to use them, edit them or create your template. 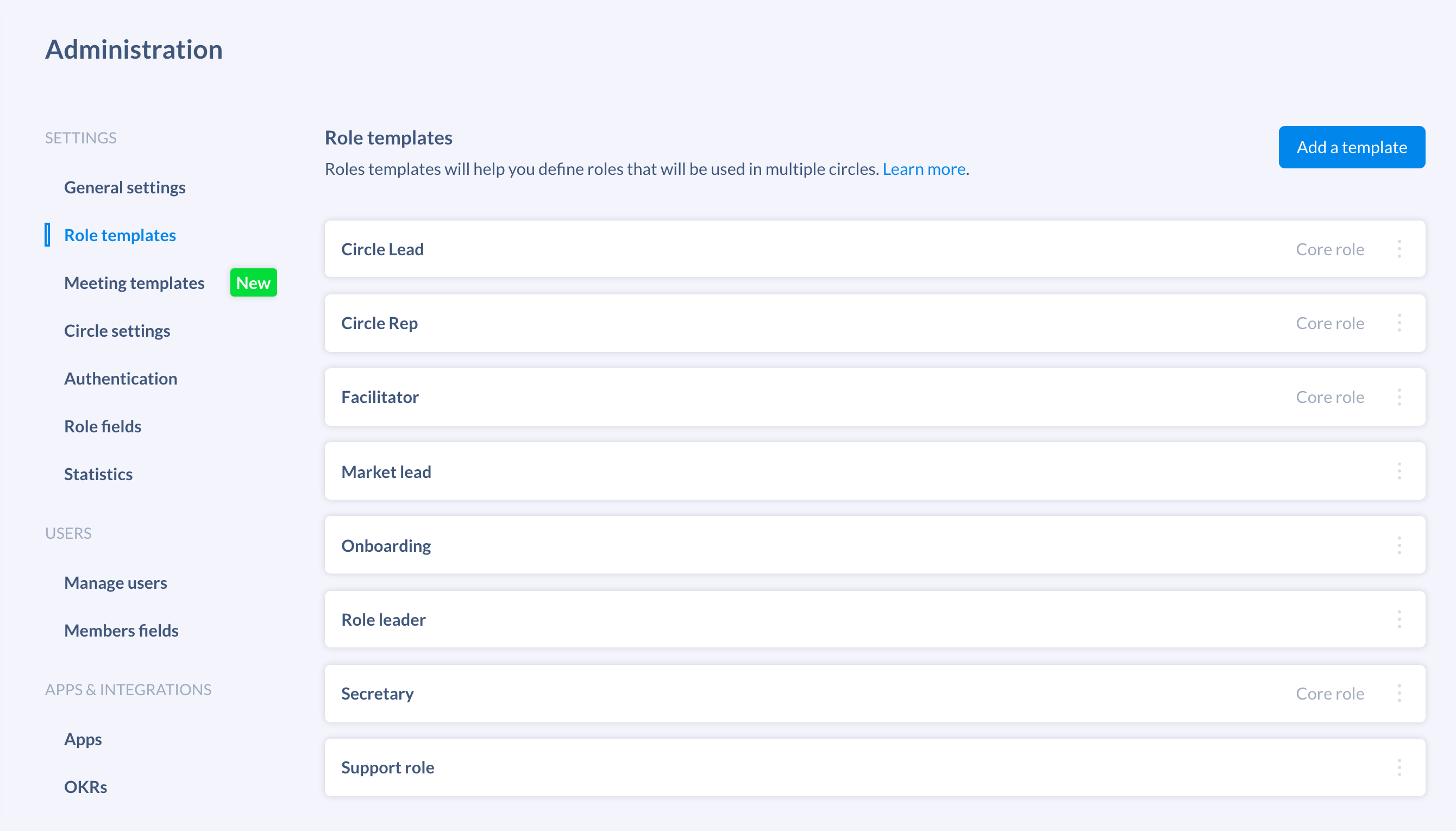 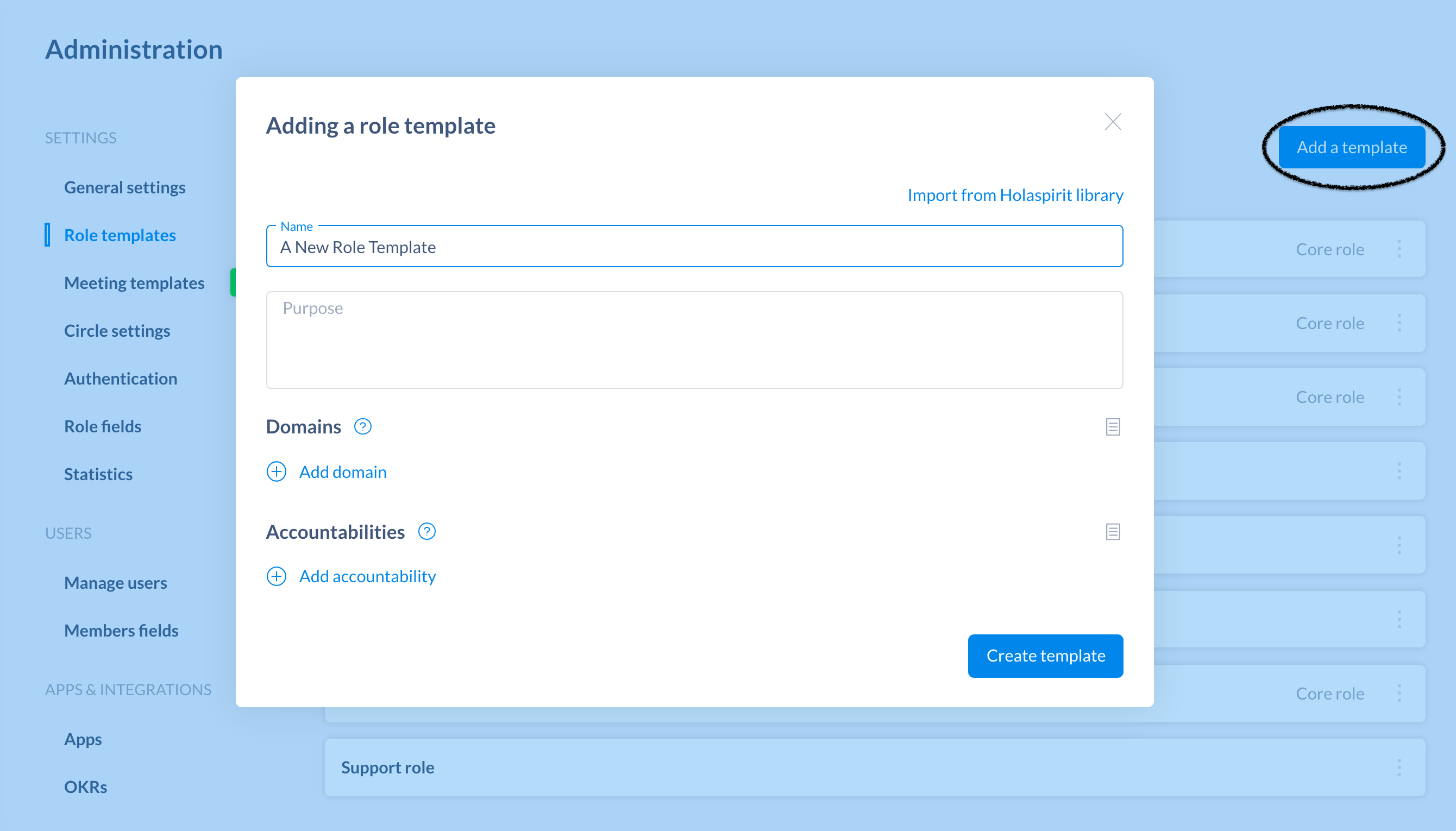 Once you do, the role’s permissions switch so you can be sure others won’t edit it without being aware.

If you wish to edit an existing template, click on the 3 dots next to the template in administration:

If you wish to delete an existing template, click on the 3 dots next to the template in administration:

The roles that have been created from this template won't be deleted of your org chart.

Note: You can delete a role template only if they are not set up as a core role in the circle settings. If you wan't to delete them, you first have to remove them as core role.

Importing a role template in your org chart

The next time you need to add a new role, click the Add role button from the Governance page. 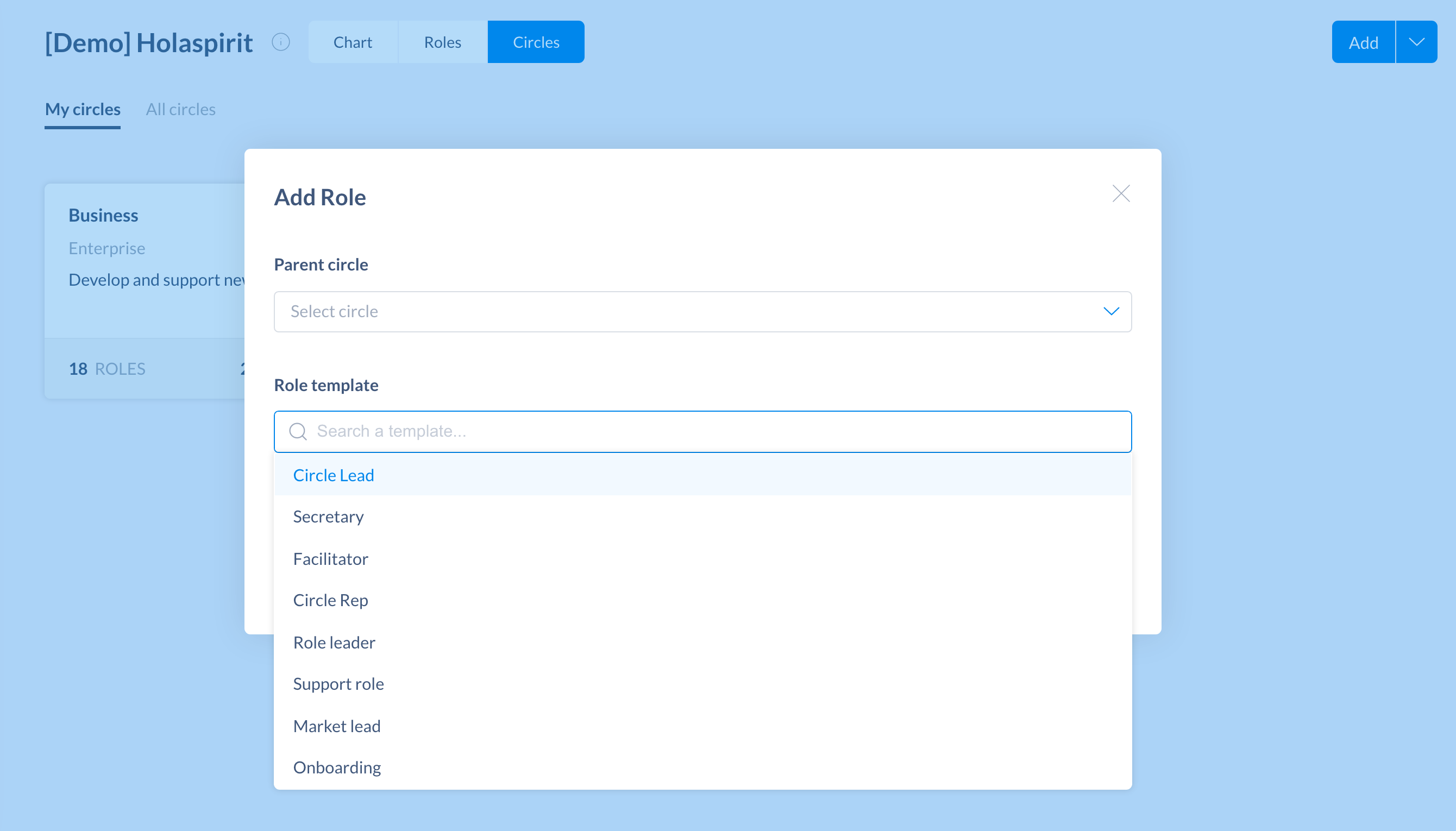 The role is now linked to the original template set up in administration. 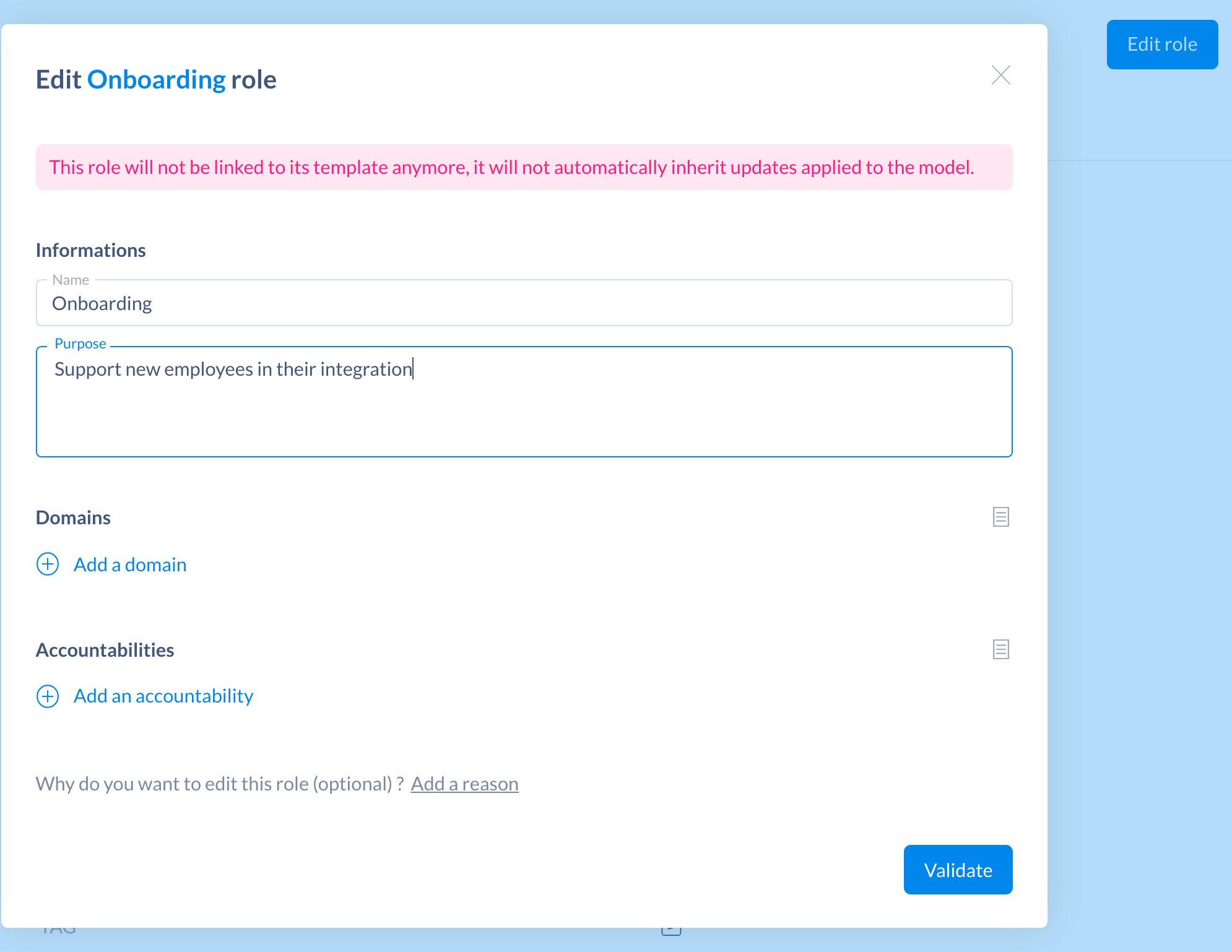 If you wish to automate the creation of role templates in all the existing and new circles of your organization, you can set the role template as a core role.

From the administration menu:

Note: If you remove a core role that is defined as role in charge of assignments or as link between circles of your organization, then you must configure these settings again to be able to save the change.

The export contains the profile's informations of members assigned to the role.

Adding a role or a circle